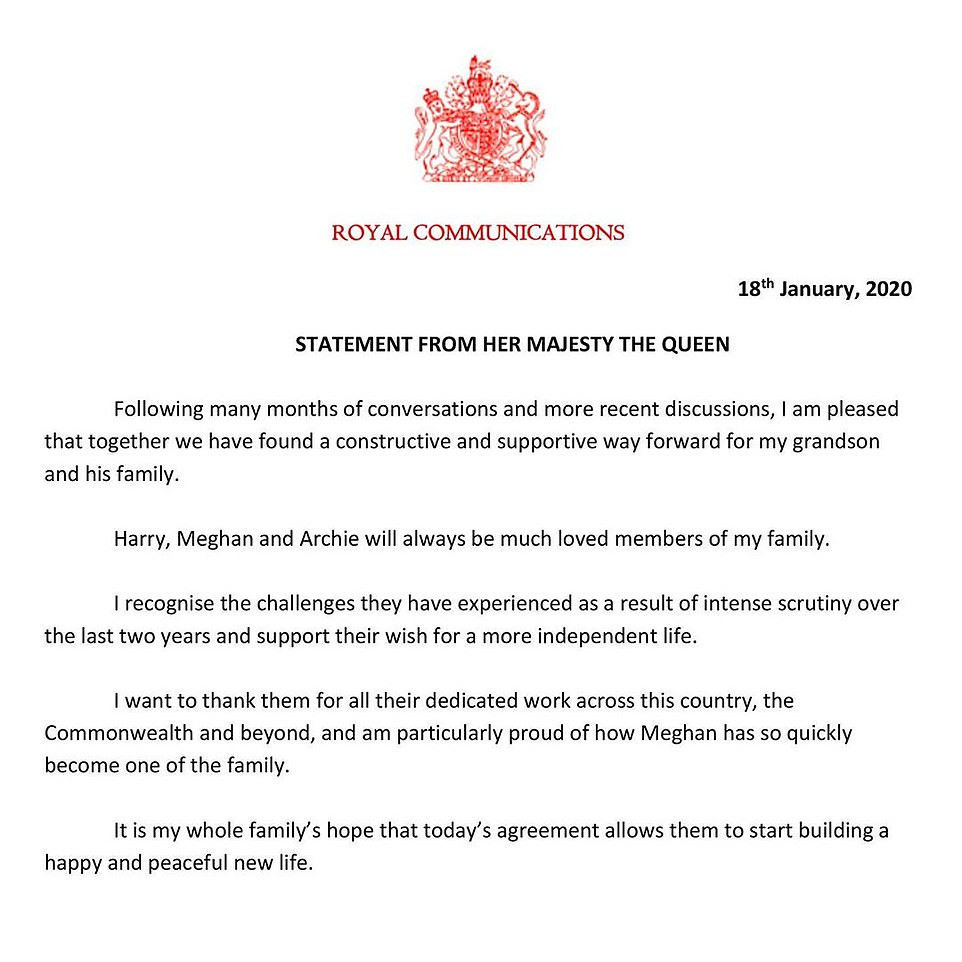 Buckingham Palace has officially announced that the Duke and Duchess of Sussex are to completely give up Royal life after a ‘Megxit’ deal was sealed following their shock decision last week to quit their Royal roles and be financially independent.

Prince Harry, the grandson of Queen Elizabeth, and his wife Meghan Markle recently announced that they will be stepping down as senior members of the Royal family saying the decision came after several months of reflection and internal discussions and it will enable them work to become financially independent. (Read HERE)

Prince Harry and Meghan Markle also disclosed that they will be splitting their time between Britain and Canada, the North American country expected to be their second home.

The Queen of England, who has been holding meetings with her son Prince Charles and Prince Harry ever since Harry and Meghan disclosed on social media their plans to stop Royal duties, released a letter on Saturday stating that Harry, Meghan, and Archie will always be much loved by members of my family.’

The Queen said in a statement: ‘Following many months of conversations and more recent discussions, I am pleased that together we have found a constructive and supportive way forward for my grandson and his family. Harry, Meghan and Archie will always be many loved members of my family.’

As part of the deal between Buckingham palace and Harry/Meghan, they will repay the £2.4m spent on renovating their Frogmore cottage home.

Buckingham Palace also said under the new arrangement agreed with Harry and Meghan they are ‘required to step back from royal duties’ and will no longer receive public funds for royal duties, adding: ‘This new model will take effect in the Spring of 2020.’