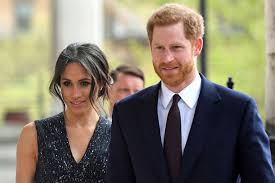 The couple have given up their royal roles in search of a more private life, moved to Vancouver Island for a fresh start.

According to the BBC, Sky News television and The Guardian newspaper, the couple’s lawyers have put out warning over pictures of Meghan out walking on the Pacific coast island with Archie and two dogs.

Lawyers claimed the images were taken by photographers hiding in bushes and spying on the US former television actress, the BBC said.

They say she did not consent, accusing the photographers of harassment and are prepared to take legal action, the BBC added.

The lawyers claim there have been attempts to photograph inside their Vancouver Island home using long lenses and say paparazzi are camped outside the property.