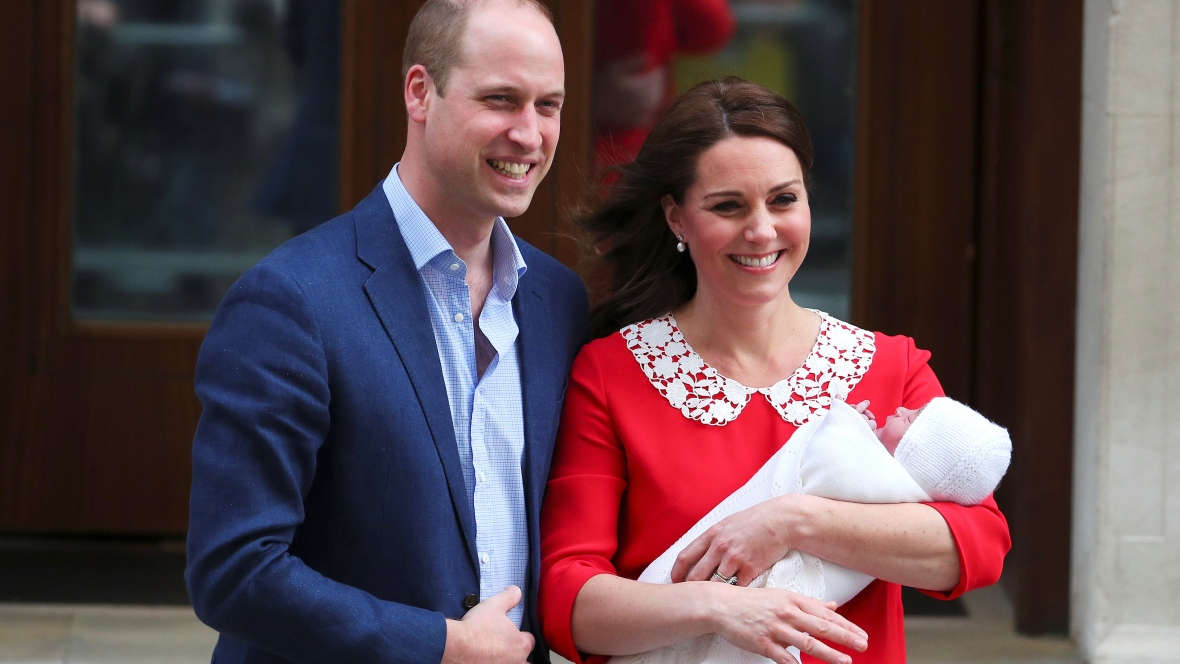 The couple now has two sons and a daughter.

“Her Royal Highness The Duchess of Cambridge was safely delivered of a son at 11:01 a.m.,” a tweet from Kensington Palace revealed. “The baby weighs 8lbs 7oz. The Duke of Cambridge was present for the birth.”

“Her Royal Highness and her child are both doing well,” the tweet continued.

This is the third child for the royal couple.

The Duchess of Cambridge entered a London hospital early Monday with her husband by her side.

William and Kate married in 2011 and have two other children: Prince George, 4, and Princess Charlotte, who turns 3 next month.

Both were born at the same hospital, as were William and his younger brother Prince Harry.

The baby is Queen Elizabeth II’s sixth great-grandchild and fifth in line to the throne, after grandfather Prince Charles, father Prince William and the two older siblings.

The new arrival bumps Prince Harry to sixth place in the line of succession.

The 36-year-old Duchess of Cambridge carried out her last official engagement on March 22 before going on maternity leave.

As in her previous pregnancies, Kate suffered from hyperemesis gravidarum, a severe form of morning sickness.

Officials announced both her previous pregnancies before the traditional 12-week mark because she was too unwell to attend public engagements.

Television crews, journalists and royal fans have set up camp outside the hospital for the “royal baby watch” since early April in anticipation of the arrival.

Many are betting on a traditional royal name for the baby, with bookmakers saying Arthur and James are the most popular guesses. The baby’s full title will be His Royal Highness, Prince (Name) of Cambridge.

Monday is St. George’s Day, England’s national day, but the baby is unlikely to be given the name since his older brother already has it.

The baby’s birth comes weeks before William’s younger brother, Harry, is set to marry American actress Meghan Markle on May 19