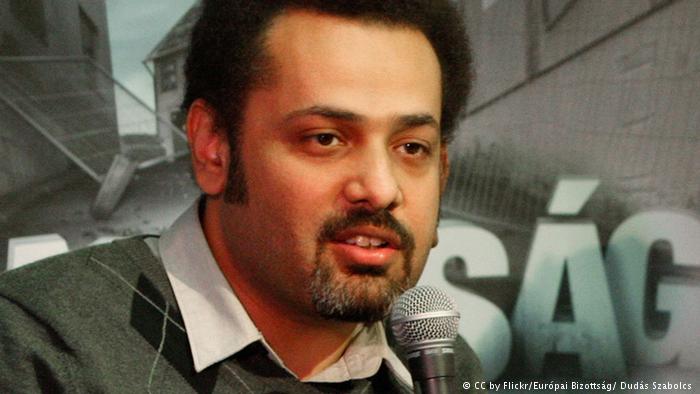 Prominent Egyptian activist and blogger, Wael Abbas has been arrested by Egyptian authorities after an early morning raid at his home, the latest in a new wave of arrests since elections earlier this year.

Egyptian security officials confirmed his arrest on Wednesday, saying that the blogger, who is known for criticising the government, was taken from his home in a Cairo suburb, an official told AP news agency.

Abbas was detained on accusations that include disseminating false news and joining an outlawed group, added the official who spoke on condition of anonymity because they were not authorised to speak to the media.

At 4am local time, Abbas alerted his followers on his Facebook account that authorities were moving against him. “I am being detained,” he wrote.

He was blindfolded, taken from his home to an unknown location and prevented from contacting his lawyer, according to the Arab Network for Human Rights.

Egypt has arrested a number of secular activists since President Abdel Fatah el-Sisi won a re-election in March in a vote where he faced no serious challengers.

In response to Abbas’ disappearance, Rana Allam, former managing editor of Daily News Egypt told Al Jazeera, “Wael writes all the time, and when he doesn’t write, he uses social media to speak out and provides people with information about what is happening around them.

Abbas is known for his strongly worded, anti-governmental stances and his role in documenting and reporting the 2011 uprising against former Egyptian President Hosni Mubarak.

Abbas previously received awards for his work from Human Rights Watch and CNN and was named among the BBC’s Most Influential Persons in 2006.

In 2007, Wael’s YouTube account was also reportedly suspended after he posted videos demonstrating police brutality in Egypt. His Facebook account, which continues to work until today, has been hacked, according to Reporters Without Borders (RSF).

Commenting on the news, Sophie Amnuth, director of Middle East desk at RSF said, “Although it is not clear who was behind these moves [the suspension of his Twitter account], they appear to have been politically motivated.

“Abbas was documenting the Egyptian government’s violations for many years on his social media accounts.”