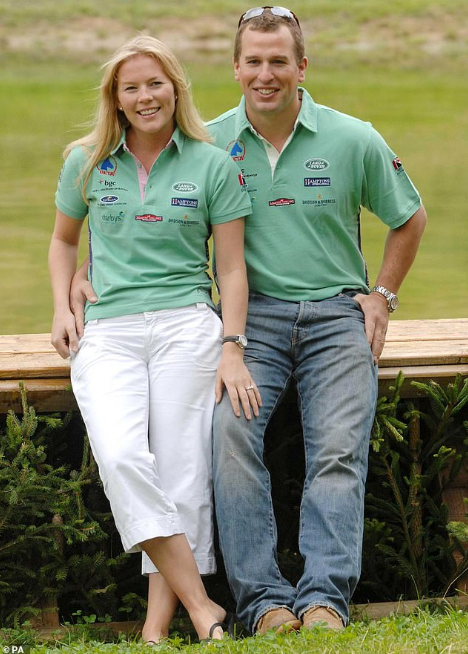 Peter Phillips, son of Princess Anne and the eldest grandson of Queen Elizabeth II is reportedly separating from his wife Autumn Phillips.

Peter is said to be “devastated” after wife Autumn told him she wanted to separate, The Sun reports.

One of Peter’s friends claimed the split had been a “bolt out of the blue” for Peter, as he had “thought he was happily married”.

The friend told The Sun:  “Autumn is a wonderful wife and mother and a very intelligent woman but she’s been telling her friends for some time that there were issues. She is a favorite of the Queen and I’m sure Her Majesty will be very upset by this as well.

“It’s the last thing she needs after all her recent troubles and you get the feeling that the royal family is falling apart a little bit.”

Peter Phillips is Princess Anne’s son. He and Autumn met in 2003 at the Formula One Grand Prix in Autumn’s home city of Montreal where they were both working, with Autumn working as a Budweiser girl.

At the time, Autumn had no idea who he was and only discovered his royal connection six weeks later when she saw him on TV.

Peter proposed in 2007 and the couple married at St George’s Chapel in Windsor in 2008 with Autumn renouncing her Catholic faith shortly before their wedding so her husband-to-be did not have to give up his claim to the throne.