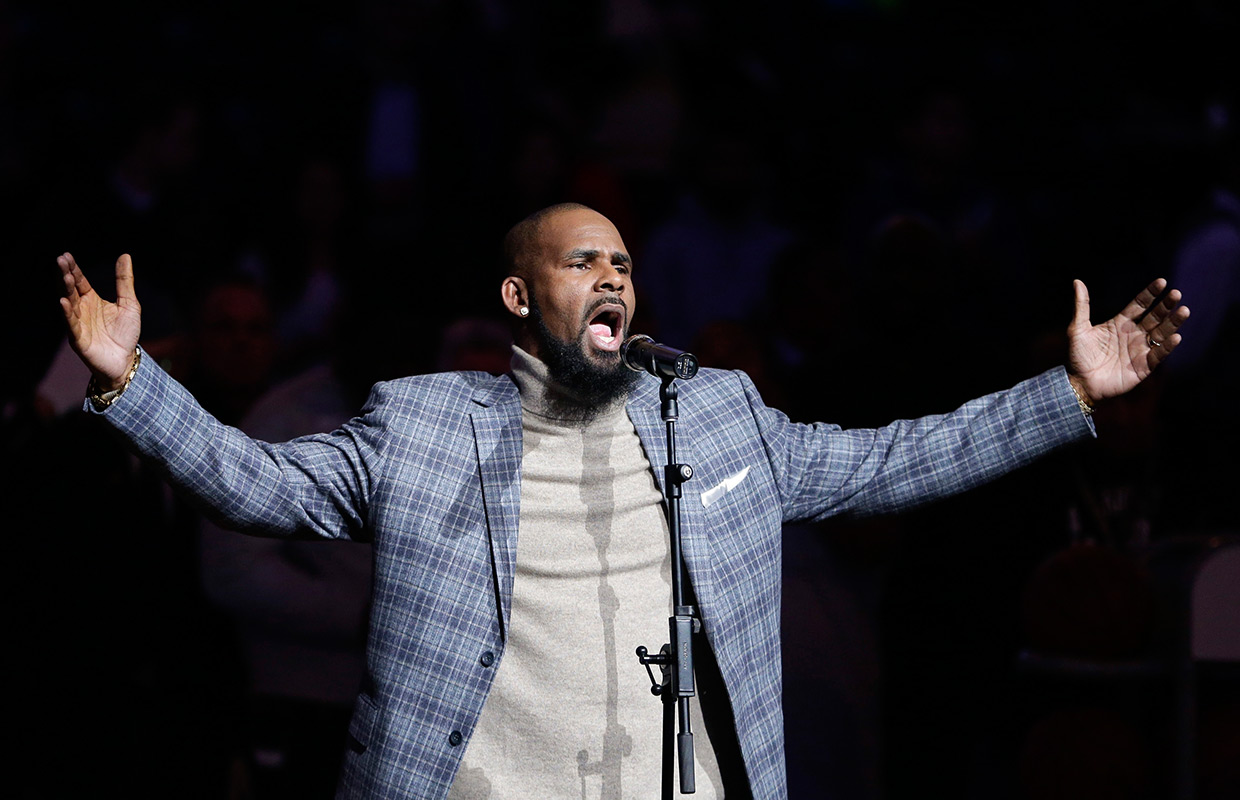 R. Kelly pleaded not guilty in Brooklyn federal court Friday to charges of racketeering and transporting women and girls for sex and was held without bail.

A glum-looking Kelly entered the plea through his lawyer Douglas Anton as his two girlfriends and alleged sex slaves Joycelyn Savage and Azriel Clarylooked on from the gallery.

Magistrate Judge Steven Tiscione denied the singer bail, finding that he’d be unable to comply with conditions of his release.

“The defendant is accused of a multitude of crimes. They’re not minor charges,” said the judge. “I’m extremely troubled by the issues of potential obstruction in prior cases.”

Brooklyn prosecutors have accused the 52-year-old R&B star of using his celebrity status to lure victims into his cult-like web — where they were allegedly forced to call him “Daddy” and could not leave their rooms or eat without permission.

He’s facing a five count-indictment in Brooklyn that charges him with racketeering, including acts of sexual exploitation of children, and transporting women and girls across state lines for sex.

The “I Believe I Can Fly” crooner is also facing federal and state charges in Chicago for possession of child pornography. He’s previously pleaded not guilty plea to those indictments.

In court on Friday, prosecutor Elizabeth Geddes said there are 13 victims altogether and alleged that Kelly intimidated his witnesses into not cooperating with the investigation into his conduct.

He allegedly threatened them that they had “the option of choosing his side or the other side.”

“He did this over the course of decades,” Geddes said. “He did this with many women and children.”

Kelly was ordered held without bail last month after a judge found him to be an extreme danger to the community, and was escorted to Brooklyn Thursday via plane by the U.S. Marshals service.

If convicted, he faces decades in prison.