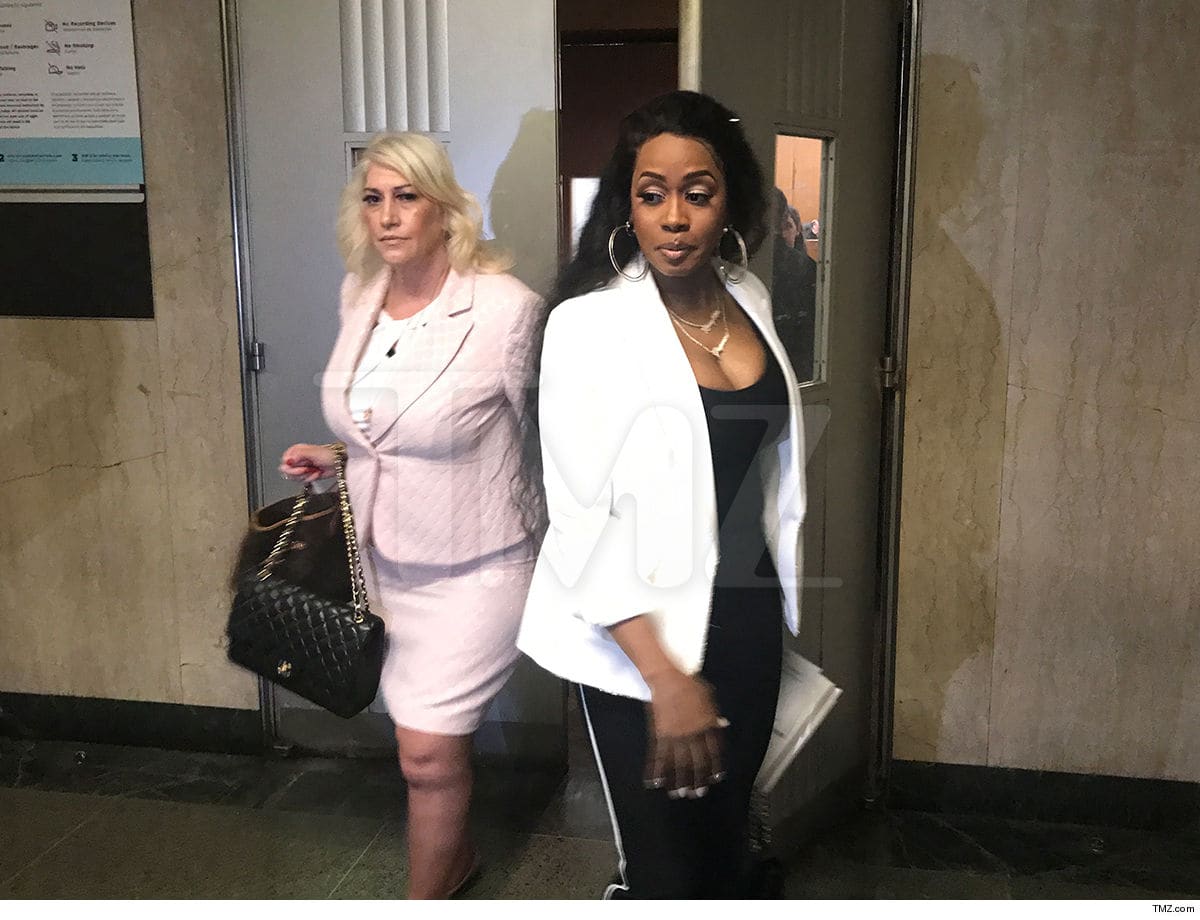 Rapper Remy Ma is headed to trial for allegedly punching a castmate of the reality show “Love & Hip Hop: New York,” it was revealed in Manhattan Criminal Court on Friday.

As she left the courtroom, where a July 12 trial date was set for her assault case, the Bronx-born star said she wasn’t looking forward to her day in court.

“I have things to do in my life, like, I have a real job, I have a family, I have a husband, I have a daughter,” she said.

The “Lean Back” singer, 38, wore a white blazer, black trousers and white stilettos for the brief hearing. She’s accused of roughing up TV personality Brittney Taylor during a concert at Irving Plaza on April 16.

Ma, whose real name is Reminisce Smith, rejected a no-jail offer that would require her to plead guilty to the top charge of third-degree assault and complete an anger-management program.

Defense lawyer Dawn Florio said that Taylor stated on social media she suffers from “mental illness and bipolar depression” and asked prosecutors to turn over her psychiatric records.

Taylor’s civil lawyer, Sanford Rubenstein, declined to comment on Florio’s request. “My client has confidence in the Manhattan District Attorney’s office to present this case at trial,” he told The Post.

Taylor, a fledgling rapper, waited until the day after the Irving Plaza show to report the alleged incident to police.

She said that Ma slugged her in the right eye at the Pretty Lou Benefit Concert, which raises money for Leukemia and Lou Gehrig’s disease research.

This isn’t Ma’s first brush with the law. She served six years in prison for shooting a pal in 2007 outside a Manhattan nightspot in a dispute over money.

While incarcerated, she married rapper Papoose, with whom she shares an infant daughter.