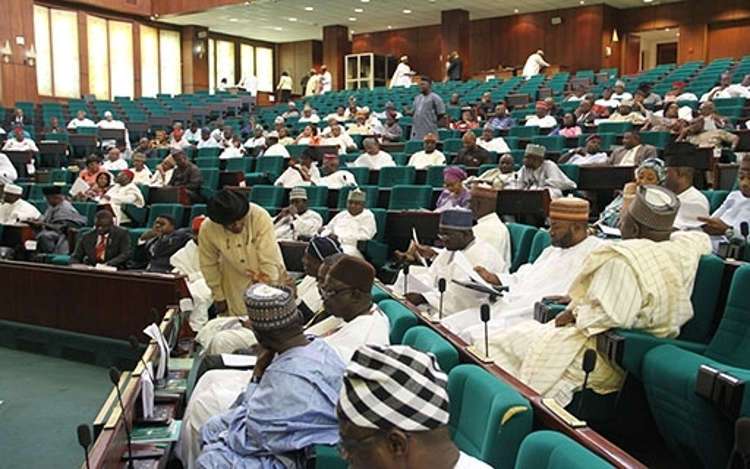 The House of Representatives on Wednesday passed the Electoral Act Amendment Bill.

The passage of the bill by the House comes a day after the Senate passed a similar bill.

In passing the bill, the House adopted the report by a joint Senate and House of Representatives committee on the bill, which was presented by Aishatu Dukku.

The joint committee had addressed the issues raised by the president in a harmonised, fourth version of the bill.

Presenting the report, Mrs Dukku explained that the bill will provide for the use of card readers and any other technological devices in conducting elections.

She added that it will also provide a timeline for the submission of lists of candidates as captured in Section 31(6) and 85(1) of the bill.

“The bill is meant to identify criteria for substitution of candidates, limits of campaign expenses as well as addressing problems related to the omission of names of candidates or logo of political parties.”

The House went straight to consider the ten observations raised by the president.

“Clause 4, amends Section 18 of the Principal Act which deals with erroneous cross-references made in the Bill that was sent earlier for assent.

“Clause 10, amends Section 36 (3) of the Principal Act that deals with qualifying language.

“Clause 14, amends Section 49 (4) of the Principal Act that deals with the failure of a card reader. Where a smart card reader deployed for accreditation of Voters fails to function in any polling unit and a fresh card reader is not deployed 3 hours before the close of the election in that unit, then the election shall not hold but be rescheduled and conducted within 24 hours thereafter, provided that where the total possible votes from all the affected card readers in the unit or units does not affect the overall result in the constituency or election concerned, the commission shall notwithstanding the fact that a fresh card reader is not deployed as stipulated, announce the final results and declare a winner.”

“Clause 24, amends Section 87 (13) 0f the Principal Act that deals with the issue of a deadline for primary election. The dates of the Primaries shall not be earlier than 150 days and not later than 90 days before the date of the election to the elective offices.”

“Clause 32, amends Section 140 (4) 0f the Principal Act that deals with the omission of the name of a candidate or logo of a political party.”

During the clause-by-clause consideration of the bill, the House resolved to set campaign spending limits for presidential elections at N5 billion, governorship at N1 billion while senatorial and House of Representatives elections were put at N500 million and N250 million respectively.

The figures approved by the House differs from that of the Senate. The Senate had approved N250 million as maximum spending for senatorial election and N100 million for the House of Representatives.

Others limits set by the House are aspirants for state assembly, local government chairmanship and councillor pegged at N50 million, N30 million and N15 million respectively.

The House also set a N10 million limit for donations by individuals and organisations to political parties.

The House and the Senate will now meet to harmonise their approvals before a final version is sent to President Buhari for assent.