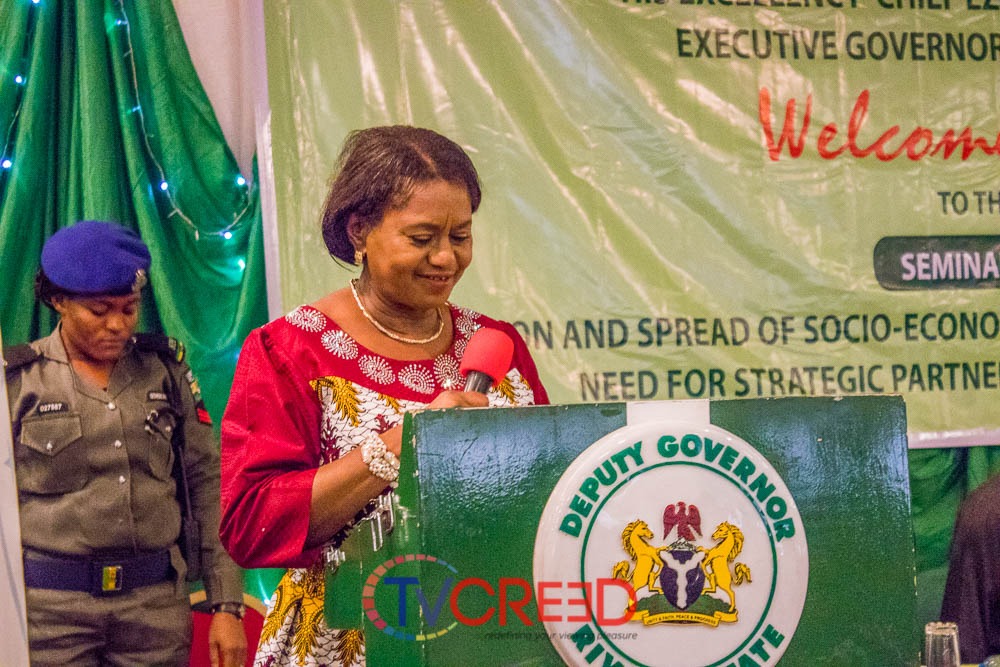 Rivers state Governor, Nyesom Wike is unhappy with rivers state marginalization in federal appointments. The governor made this known while declaring open a one-day seminar organized by the federal character commission on infrastructural distribution across the nation. The governor who was represented by his deputy Dr. Ipalibo Banigo said the state was among the disadvantaged states in terms of bureaucratic appointments within the federal structure.
The governor also remarked that the state does not have any representation in the commission since 2016. He told the commission to take its mandate seriously by ensuring fair and equitable distribution of bureaucratic post, socio-economic amenities and infrastructural facilities to all states.
Banigo said: “We are calling on government as a matter of urgency to appoint a representative of Rivers state. Further delay will compound our being marginalized.

“Nigeria must strive to close the gap of agitations by groups by being fair and just which is the hallmark of what the commission was set to achieve.”

The Secretary to the Government of the Federation, Boss Mustapha, while speaking at the seminar said the federal government was aware of the vacancies in membership of the commission.
He said that government was currently making efforts to fill such vacancies to ensure fairness, equity and justice among the citizenry.
Mustapha was represented at the occasion by Yinka Aguda, Director, General Services, in the office of the SGF.