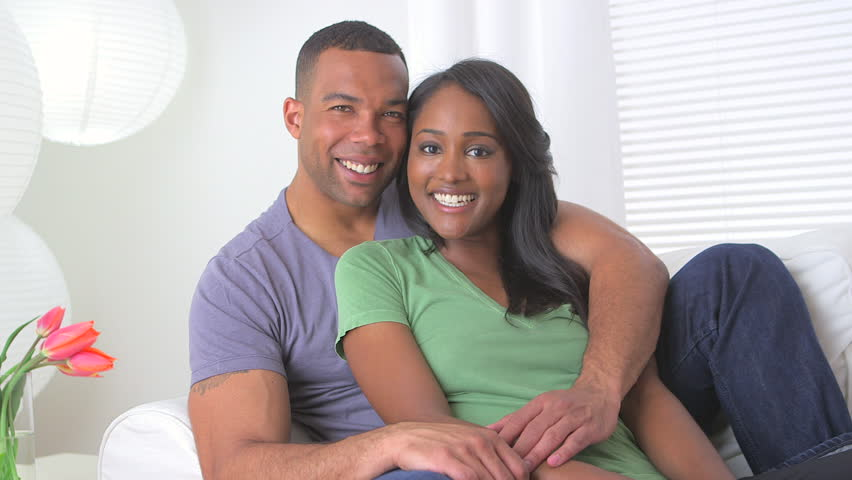 Warning: This story is rated 18 and its an intellectual property of Creed International Comms Limited owners and Operators of TVCreed No one is authorized to write or rewrite,modify in any form post or repost any part of it in anyway copyrighted or other proprietary content without obtaining the written approval of TVCreed.

There was something suspicious about the affection between Jock and Onyinye.

They looked the perfect couple; the brooding Jock and the outspoken Onyinye, a match made in the stars. But something, more like a gut feeling I never shirked off, always made Jock appear a tad subdued, like everyday was a new day riddled with fresh attempts at winning Onyinye’s fervour.

Whenever Jock did something romantic and selfless like doing Onyinye’s laundry, including her undies, Mbang would say,  “Jock! You are tooo nice! Do guys like you still exist?”

And Jock would reply, “Please leave me. She said she is tired so I am just helping her.”

On dull afternoons, I would sit in a plastic chair opposite Jock and Onyinye, drunk on some brew on the other, and they would exchange kisses regardless of my presence.

But it never looked deep; it looked like the more Jock gave, the more Onyinye wanted.

It appeared like soon he would grow exasperated from trying to suit her needs, and like he would soon stop to be enough for her.

Soon came a few months later in the shape and embodiment of Vitalis who we all referred to as Veetee.

He broke into our coterie surreptitiously, like a breeze that squeezes through shuttered windows.

There was no prior announcement, one minute we were four bumbling amigos, and the next we were five.

He would share in our jokes, then he would tell his, and we would all laugh. It was thoroughly amazing that every time he was around, Mbang became less loquacious and more taciturn. The transformation in her was always awesome; her accent something between British, American, and Nigerian, her posture always with her chest out.

Vitalis came accoutred with a charming smile, thews, two functioning legs, and all the swagger of a celebrity.

He was neat, tall, polished, and most things that Jock never pretended to be.

Also, he belonged to a cult, the axe men, so he bore all the aura of a bad boy.

Onyinye was immediately left swooned by him. She sided with him in every argument and her clothes, it seemed, magically grew a length shorter every time he was around.

She was livelier, like she had been at last let loose,  garrotte severed, and she was finally living. She practically glowed every time Veetee was around, and Jock it seemed, never noticed all the changes in her. It was not too shocking for me to one day walk into the ever open apartment she shared with Jock, to find that she was sitting in Veetee’s lap in a very suggestive manner.

“Is Jock around?” I asked from the door.

“No,” came her confident reply, her eyes still in Veetee’s face “I don’t know where he went.”

I got back to my room and a few seconds later, there was a knock at my door.

It was of course, Jock.

He came with a pack of cards in one hand and his crutches in the other.

All through that afternoon he never brought up what was happening in his room and neither did I. But as darkness loomed, I had to ask him.

“Have you been to your room since?”

“Morning,” I pursued, observing him with curious eyes.

“Yes.” Came his reply, his eyes away from me as he shuffled his cards.

“Did you see Onyinye?”

I studied him intently, how he kept shuffling and reshuffling the cards, his hands shaky.

“About?” He asked, looking away, dithering.

There was a short silence. Then he put down the cards and looked me square in my face.

“That guy is a cultist. Do you think all the killings you hear about are jokes? What do you think I should do? Moreover, Onyinye said she likes him.”

“So what do you want me to do?” He replied agitatedly, “Kick them out?

“Guy. I love that girl. If she says she likes that guy then no problem. I dey here.”

“And I ask again. Doni, do you have a good suggestion?”

“Talk to who?” He replied, incredulous, “Haven’t you heard of Vitalis KLitschkow? Please I don’t want to die. You just came to Benin when? Yesterday. That’s why you don’t know how to deal with cultists. It is only Onyinye that can reject him, and since she has said she likes him there is nothing I can do.”

I was stupefied by what I was hearing, but it seemed like Jock had thought things through so I let things be.

After that day, I became more alert around Veetee. He was a quite complex specimen of man, his character a very wavy maze. On the one hand he could be charming as anything imaginable, and on the other, somewhere beneath his very white vests and his shiny blue jeans, it seemed a darkness lurked.

My first glimpse into the flip side of his character came on a rainy Monday evening, after a hard game of FIFA with Jock. It so happened that Veetee had gone to some club or the other with Onyinye, and we were not expecting their arrival till Tuesday morning.

As always, Jock completely avoided every discussion which bordered on Onyinye, while Mbang remained as wearisome as ever, popping into the room at intervals to inquire about this or that, questions which always ended with,

“I wish Onyinye was around, she would know what to do.”

We sat in Jock’s cushion, a chessboard on the wooden table in front of us, the platter of rain reaching our ears when suddenly, a dripping Onyinye bust into the room.

And Veetee came quickly on her heels, his brows furrowed in annoyance.

I observed Veetee closely. His shirt had lost some buttons from a struggle and he was out of breath. Jock looked from Veetee then to a squirmy Onyinye before he relaxed back into the cushion.

“You are lucky you ran away,” said Veetee, shaking a stern finger at Onyinye, “I would have given you the beating of your life. How dare you? How dare you embarrass me like that?”

“Veetee I am sorry. He is just a friend from class. The hug meant nothing. You didn’t have to fight him,” Onyinye pleaded in a cowed tone.

“So you are defending him now?” Veetee said, taking a step closer in annoyance, his eyes dim and his jaw set.

“No. Please. No. Jock please help me beg him,” Onyinye said, poking Jock in his arm.

“You’ll see,” Veetee said, as he stormed out of the room.

Jock just sat there, defeated, his face to the ground and his arms at his sides.

Things went from bad to worse.

At night, Veetee would visit Jock’s apartment,  and Jock would have to leave. It was a sequence; a knock at the door, mumbled greetings, then the Pom! Pom! Of crutches approaching my room.

Jock would appear at my door, a smile on his face, a pack of cards in his hands, his manner hurried. And even when the sounds of Onyinye’s loud moans came filtering through the walls, we always pretended not to notice, always laughed harder at things that weren’t even that funny.

“Guy,” said Jock one night, “I have finally decided.”

I sat across from him, on my round student’s desk, dealing cards.

“Decided that?” I asked. There was a short silence, as he pondered which card to play before,

It was on one of those nights, and we could hear clearly through the walls that Veetee was very annoyed with Onyinye over something she had done.

“I am going to become an axe man.”

There was the sound of breaking glass, then of hurried footsteps, then the sound of a very hard slap, and Onyinye screamed,

This was not my fight, I knew, but sooner or later I would have to stop performing this silent ritual with Jock. I was consoled by the fact that from where I was sitting, he looked worse off, like every distressed note from room 50 was a scythe that bit into his skin. He winced when another of Onyinye’s cries came, and I kept wondering, how much more?

“Guy,” he finally said, “What type of man am I if I am too scared to protect someone I claim to love?” His fingers trembling as he played a card.

“Bitch! You would see!” Came the hard yelling from the other room, Onyinye wailing.

There was the sound as of leather on skin, then a crash, then there came a loud cry, piercing as lightening.

That did it for Jock. He slammed his fist so hard into my table I winced, before he sprang up, sharply. His eyes; they were hard as steel and red as hell.

Taking his crutch in his right hand and with a scowl on his face, he flung my door open and matched quickly to his room.

On the centre table in Jock’s room lay a badly bruised Onyinye, splinters and broken glass everywhere, her hands dangling limply at her side. Veetee was slightly apart, a thick leather belt in his hand, a frown on his face as he looked down at Onyinye. He made to hit her again, lifting his thick arms above his head, the belt a dark shadow.

And then everything happened quickly.

I had never seen Jock moved so fast, reaching Veetee in a stride that was midway between a leap and a hop.

He struck at Veetee repeatedly, spitting vitriol as he did, releasing all the anger of the last six months,

Again and again, Jock hit Veetee. And even after Veetee collapsed, blood everywhere, the crutch striking home every time, Jock still beat him.

Mbang rushed out of her room and to the scene. She pushed me out of the way and she hurried to Veetee’s aide.

Onyinye lay prone on the table, her hands twitching, an inaudible purr coming from her swollen lips.

“Pleaaase Jock,” Mbang begged on her knees, her palms together as though in prayer, “Pleease don’t kill him.”

“Move away,” said Jock, “I would kill this guy today.”

Veetee lay on the ground, his posture grotesque, his white singlet scarlet red, a pool of blood quickly forming.

That was when he came back,  his senses returned and he rushed to her side. His cry was something deep and guttural, something that moved even I, as stoic as I was, to tears. And when Jock held her in his arms, whispering comforting words into her ears, the tears that laced my eyes blinded my view of the scene.

I could still hear Terry G’s music; his voice over my speakers, enveloped

The police came the next day, and as they took Jock in fetters, there was still that knowing look, exchanged between us both.

News reached us, Onyinye had died from asphyxiation and Veetee had incurred permanent loss of memory.

Mbang was still in shock when she told me about Jock’s jail sentence.

“Ten years,” she said calmly, her manner unhurried,  “Ten years without the option of bail.”

My days became soulless, my nights filled with nightmares.

So on another clear, sunny afternoon, after a wistful visit to Jock’s room, the hub that provided all the magic all those days past, I shut the door, and I left forever, my speakers in my hands.