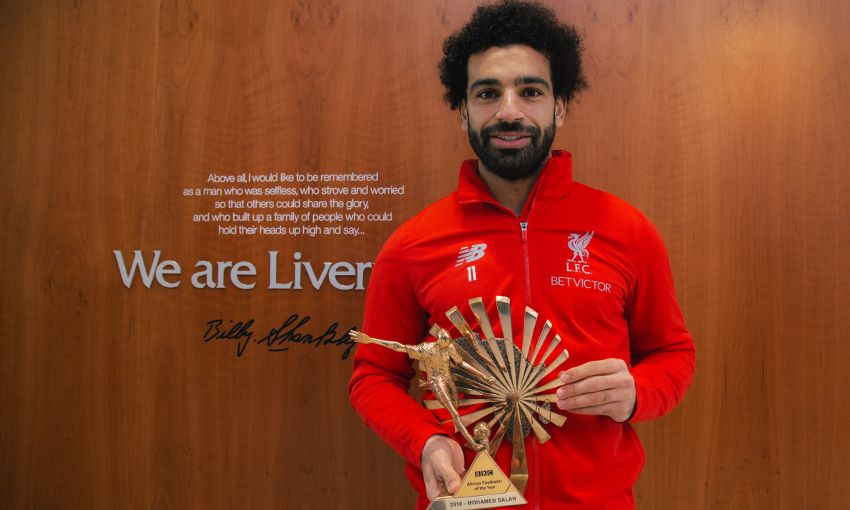 Egyptian and Liverpool forward Mohamed Salah has, for the second time in a row, been named the BBC African Footballer of the year.

Salah finished ahead of his Liverpool teammate Sadio Mane and other contenders like Medhi Benatia, Kalidou Koulibaly, and Thomas Partey to win the prize.

Salah has had a phenomenal year, his goals taking his club to the Champions League final and scoring twice in the World Cup.

In his acceptance speech he said:

It’s a great feeling to win again. I’m happy and I would like to win it also next year!

There have been many good moments in 2018. The game against Roma at Anfield was unbelievable. I’m scoring goals and helping the team to get the points to be top of the league. That’s always a great feeling.