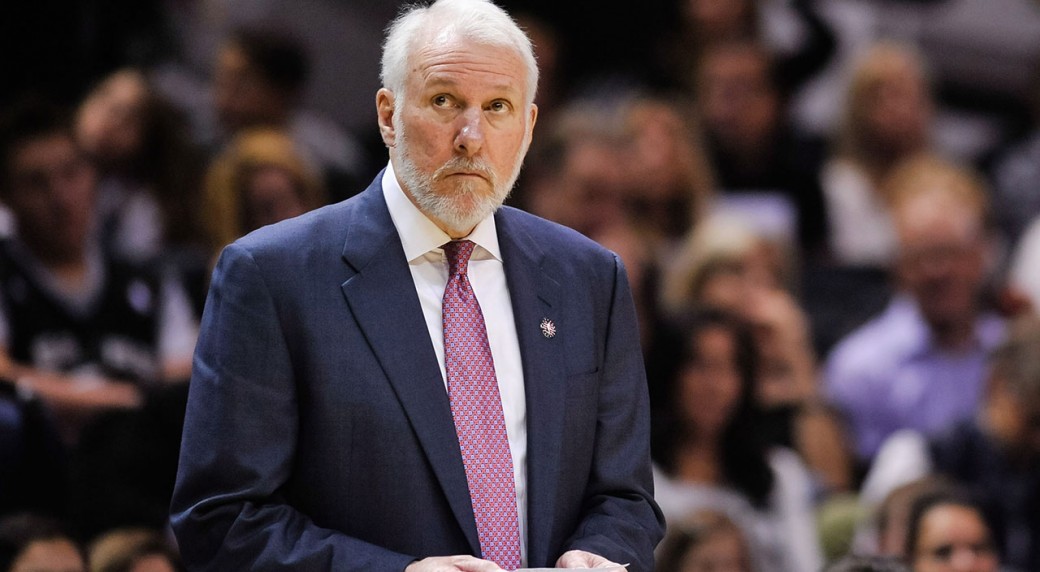 The wife of San Antonio Spurs coach Gregg Popovich, Erin, has died. She was 67.

”We mourn the loss of Erin,” Spurs general manager RC Buford said in a team statement. ”She was a strong, wonderful, kind, intelligent woman who provided love, support and humor to all of us.”

The Popovichs have two children and two grandchildren. They met at the Air Force Academy in 1970s when he was an assistant coach for the Falcons. Erin’s father, Jim Conboy, was Air Force’s head athletic trainer.

Gregg Popovich has coached San Antonio since 1996, leading the Spurs to five NBA titles. San Antonio will face Golden State on Thursday night in Game 3 of their first-round playoff series.

On Wednesday, Warriors star Kevin Durant said he learned of Erin Popovich’s death shortly after the Spurs issued their statement.

“I just want Pop to know that the whole NBA family is supporting him and got his back through it all,” Durant said. “It’s bigger than the game. It’s bigger than winning and losing. It’s about the brotherhood we built as NBA players and everybody in the NBA family. I feel so bad for Pop and his family. That’s just tough to hear about.”

Following the Cleveland Cavaliers’ 100-97 victory over the Indiana Pacers last night, TNT sideline reporter Allie LaForce interviewed LeBron James about his clutch 46-point performance that helped even the series at 1-1.

LaForce also took the opportunity to ask James for his immediate reaction to the death of Erin Popovich.

James seemed shocked by the news — which broke while he was playing — and fought back tears while offering condolences to Popovich.

“Obviously I’m a huge Pop fan. I love Pop,” James said. “That’s such a tragedy and my best wishes go out to Pop and his family.”

When James became aware that people thought he was blindsided by the interview, he posted a video on UNINTERRUPTED to say “that is absoultely false.”