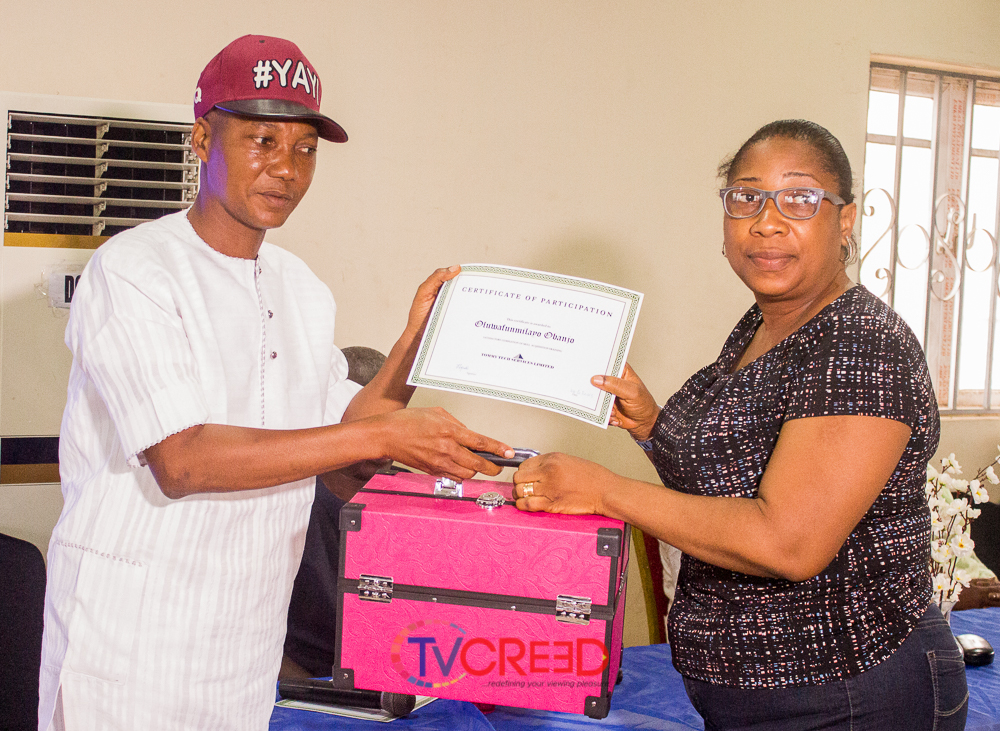 The Senator representing Lagos West, Senator Solomon Olamilekan Adeola popularly known as YAYI by his constituents has embarked on skill acquisition and empowerment program for the people of his constituency. The five day program in its first phase was held across several local government areas in Lagos West senatorial district.

Speaking at the closing ceremony of the empowerment program, Sen. Adeola thanked the people of Lagos West for their trust on his representation of the district. The Senator also remarked that the empowerment initiative will touch every part of the constituency and advised the participants to put to good use the skills and knowledge they have acquired from the program. Senator Adeola was represented by Barr. Babatunde Ragh-Label, the Director General of his campaign organisation in the just concluded national assembly elections where he emerge winner.

The Deputy Director of Small  and Medium Enterprise Development Agency Of Nigeria SMEDAN Mr Yinka Fischer also remarked that this is a great initiative by Sen. Adeola, he enjoined the trainees to utilise the skilled acquired to better themselves and their community at large.

The training was delivered by leading capacity building consulting firms including Fortera Nigeria, Donedeal Projects amongst others. The participants were presented with certificates and stater packs at the end of the training.