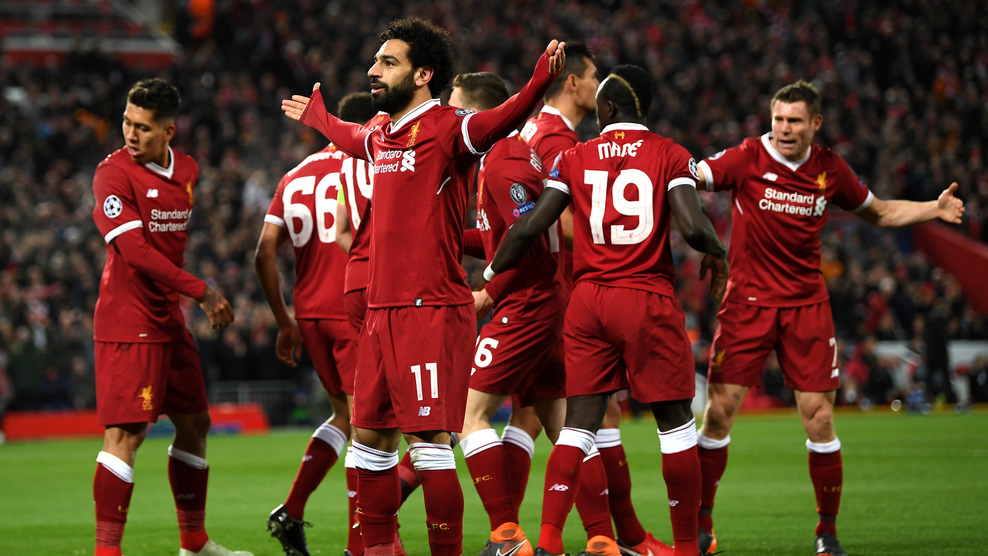 Liverpool have one foot in the UEFA Champions League semi-finals after blowing Manchester City away with a sensational first-half performance at Anfield.

Jürgen Klopp promised this would be a night to remember and his side did not disappoint. As usual, Mohamed Salah led the way with the opener on 12 minutes, his finish as emphatic as the City defending was tentative.

If that got the home fans off their seats then Alex Oxlade-Chamberlain’s rocket midway through the half had them jumping for joy. Sadio Mané’s header on 31 minutes to make it 3-0 had the Liverpool fans in heaven.

The sight of Salah limping off with a groin problem shortly after half-time provided a dose of reality, but for all their possession City never really looked like conjuring a reply save for a late Gabriel Jesus effort ruled out for offside.

He went off injured shortly after half-time, but Salah’s first-half contribution might well have earned his team a place in the last four of the UEFA Champions League. The Egyptian was initially quiet but burst into life on 12 minutes, showing superb composure to open the scoring before delivering a delicious cross for Liverpool’s third. Reds fans will be praying his injury is nothing serious.

Matthew Howarth, Liverpool: After blowing City away in the first half with a scintillating display of counterattacking football, Liverpool needed to keep their composure at the other end in the second and the defence did not disappoint. The Reds travel to Manchester next week with a commanding lead, but you sense this tie is not yet over.

Simon Hart, Manchester City: The psychology of football is endlessly fascinating: City, the team of the season in England, could not handle Liverpool’s energy and dynamism in the first half and on their bogey ground they lost their way once more. The injured Sergio Agüero was missed, and while Gabriel Jesus struggled to make an impact he was not alone in that among the visitors. City failed to register a single shot on target.