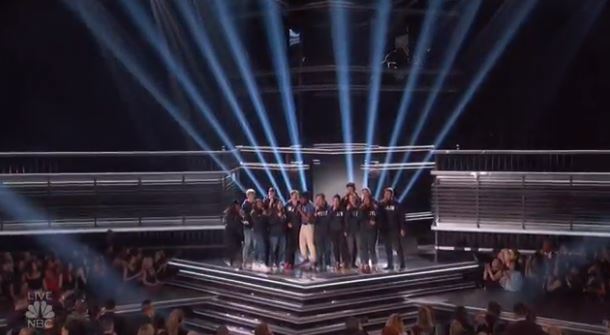 Shawn Mendes last honored victims of gun violence with an emotional tribute at the Billboard Music Awards … and with the help of students from Marjory Stoneman Douglas.

Shawn took the stage Sunday to perform his song “Youth,” and was joined by singer Khalid… who’s featured on the song. Toward the end of the performance, multiple students from MSD’s choir came out as well to help him finish out the tune.

Shawn  had earlier hinted he was aiming to send an uplifting message with the Parkland students cameo. this is coming in the wake of another school shooting that left 10 people dead.

As you can see … the message was well received by those there. A standing ovation … and not a dry eye in the room.