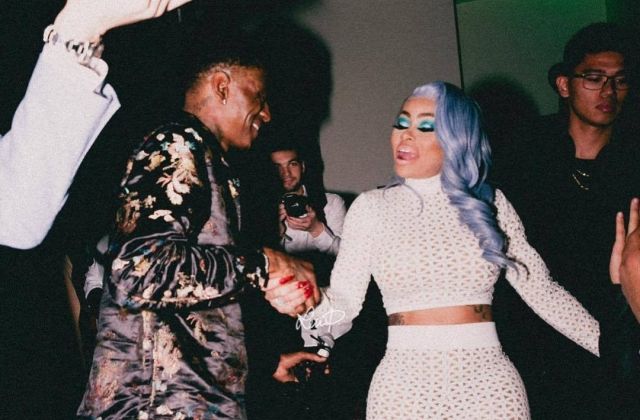 Blac Chyna didn’t waste any time trading one boyfriend for another, because a hot minute after breaking up with Kid Buu she’s got a new boo by the name of Soulja Boy.

Sources close to both Chyna and Soulja tell us they’ve been dating for more than a week, a relationship that blossomed on Instagram, after each slid into the other’s DMs. We’re told Soulja Boy and Chyna finally met up at Sean Kingston‘s L.A. penthouse last week, and things got heated in a good way.

Our sources say the two have been inseparable since the rendezvous and even hit up some Grammy parties together although, everyone thought they were just good friends.

Chyna has had some serious relationship issues lately … cops were called last month for a disturbance in a Hawaii hotel room where she was staying with Kid Buu. Sources told us Chyna accused Buu of cheating and things got violent … she allegedly scratched him and Buu slammed her against a wall.