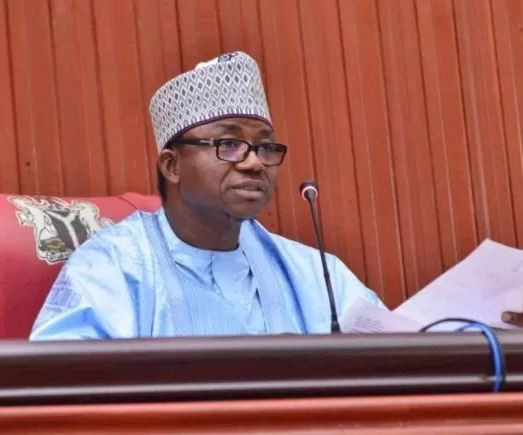 Francis Okiye, Speaker of the Edo House of Assembly has filed a suit at the Federal High Court Abuja to stop the National Assembly from taking over the state assembly’s functions.

In an originating summon and a motion on notice for interlocutory injunction with suit number: FHC/ABJ/CS/815/2019 filed by the speaker and the state assembly, the plaintiffs asked Justice Nkeonye Maha to restrain the National Assembly from going ahead with its plans pending the hearing on the matter.

The suit was instituted on July 17 against Mr Mohammed Sani-Omolori, the Clerk of the National Assembly (first defendant), and the National Assembly of the Federal Republic of Nigeria (second defendant). The state’s seventh assembly was inaugurated in controversial circumstances on June 17, when nine out of 24 members-elect during inauguration elected Okiye as the speaker around 9 p.m.

However, besides the House of Representatives that threatened to take over the assembly should Gov. Godwin Obaseki fail to issue a fresh proclamation for the assembly’s inauguration, the Senate on Tuesday passed a resolution giving the governor a week to issue the proclamation letter or risk the takeover of the state legislature. The matter, which was brought before Justice Maha on July 23, was adjourned until July 31 for hearing since the parties were yet to be served.

However, the lead Counsel to the plaintiffs, Ola Olanipekun, SAN, on Wednesday, told the court that after the defendants had been properly served as ordered by the court, the Senate on Tuesday, July 30, still went ahead and passed a resolution for the takeover of the assembly if the governor fails to comply with its resolution.

He explained that the defendants, through their lawyers, had on Tuesday served the plaintiffs a counter affidavit to their motion and written address and also filed a memorandum of conditional appearance. He said it was disheartening that despite that the governor had already issued a proclamation which was duly gazetted officially and that the members of the state assembly had duly been inaugurated, principal members elected and the house have since been performing their functions, the federal lawmakers directed Obaseki to issue a fresh proclamation.

The judge adjourned the case until Aug. 7 to enable the complainants respond to the counter affidavit and written address filed by lawyers to the National Assembly.  The judge asked the parties to respect the sanctity of the court as the matter is still pending.