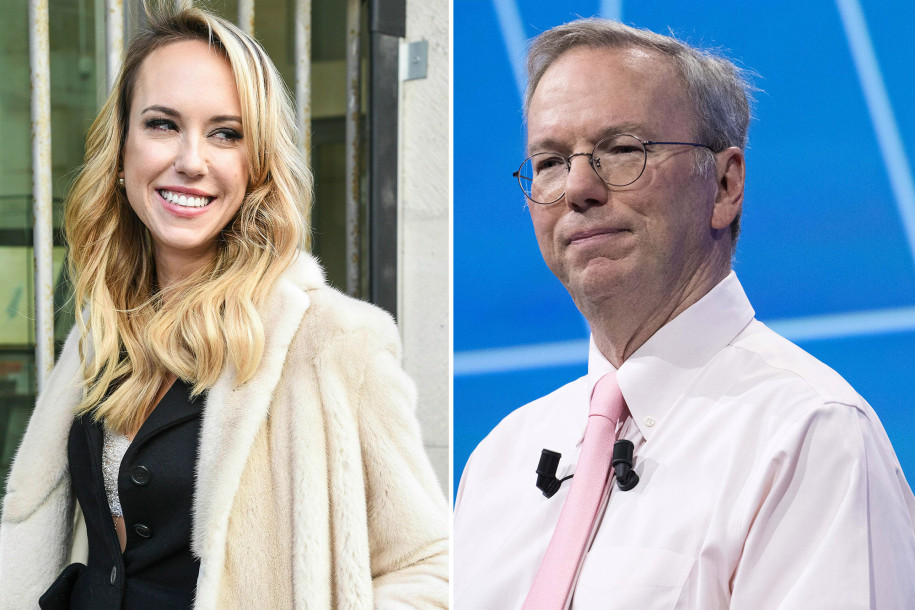 The former Google CEO, 64, gifted the giant bling to Duisberg, a 32-year-old blond former medical student, who proudly showed it off this summer, leading to international engagement gossip — even though Eric is still married to his wife of 39 years, Wendy, with whom he is reported to have an “open marriage.”

Page Six reported in July that Duisberg had been telling friends they were ready for kids. But sources close to the tech guru insisted he merely saw the sizable jewel as a “friendship ring.”

Unfortunately, the focus on their affair appears to have been its downfall. While Duisberg did not respond and Schmidt’s rep didn’t comment, a source familiar with the situation said of the former pair: “They have definitely not been spending time together — things have cooled off. They’re both traveling and haven’t seen each other over the past weeks.”

Schmidt was apparently “mortified” that Duisberg allegedly spoke to her close circle about their romance after he gave her a ring estimated to be 10 carats and worth millions. The source added, “It was a stupid thing that he did. It was a friendship ring. It was not an engagement ring … Sometimes he treats people too well, and it leads to [misunderstandings].”

Yet, all misunderstandings aside, Schmidt has also recently been seen with a 30-year-old beauty queen, former Miss Ireland Emma Waldron — who was last known to be dating Nick Burch, son of designer Tory Burch. The couple was pictured with Dr. Oz and Paula Abdul at the Ellis Island Medal of Honor Gala in May. They were also at an event for Nancy Pelosi. The Schmidt source expounded, “Emma went as Eric’s guest to these events. They are working on a tech project together. They know each other from work.” Schmidt is the chair of the Defense Innovation Board at the Pentagon.

The Schmidt source added — somewhat confusingly, given his prolific past and current carousing — “Eric is now out of the dating scene.”