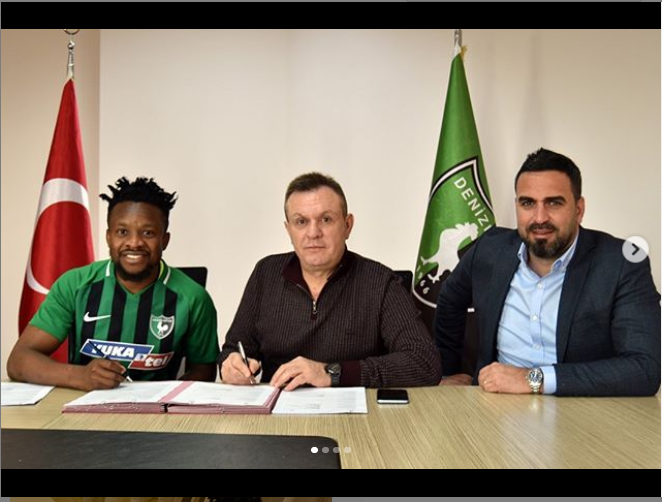 Super Eagles midfielder, Ogenyi Onazi has signed for another Turkish football club, Denizlispor from Trabzonspor after his contract was terminated.

The Black Sea club said on their website on Wednesday that Onazi’s deal was ended by mutual termination so he became a free agent.

As soon as the statement was put out, rival club Denizlispor announced that they have secured the signing of the former Lazio star.

He wrote in his caption: ‘The year started with BLESSING.. Denizli I am here.. let’s make the difference. I can’t wait for my first game