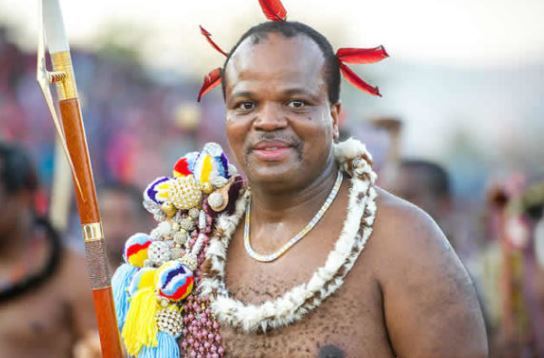 King Mswati III of Swaziland has renamed his country as eSwatini to mark 50 years of independence from British rule.

The King of Swaziland, one of the world’s few absolute monarchs in Africa announced on Thursday.

eSwatini means “place of the Swazi”, eSwatini is the Swazi language name for the tiny nation landlocked between South Africa and Mozambique.

Unlike some countries, Swaziland did not change its name when it gained independence in 1968 after being a British protectorate for more than 60 years.

King Mswati III declared the name change during independence day celebrations at a packed sports stadium in the second city of Manzini.

“I would like to announce that Swaziland will now revert to its original name,” he said, wearing red military uniform.

“African countries on getting independence reverted to their ancient names before they were colonised. So from now on the country will be officially be known as the Kingdom of eSwatini.”

The name Swaziland angers some citizens as it is a mix of Swazi and English.

Swaziland’s minister of home affairs, Princess Tsandzile, had declared April 20 a public holiday, in honour of the birthday of King Mswati III.
“This effectively means Thursday (19 April) and Friday (20) April will be public holidays when the country will celebrate both the 50th birthday of His Majesty King Mswati III and 50 years since the country gained independence”, the minister announced in parliament late on Thursday.

“As the ministry of home affairs, we would like to inform the nation that since the 50/50 celebrations will be held on April 19, 2018, the following day (April 20) is declared a public holiday.”

The official further stated that April 25, which was normally a National Flag Day, would be a normal working day, since that holiday has been shifted to April 20.

Swaziland, Africa’s last absolute monarch won independence from +Britain in 1968 before King Mswati introduced a new parliamentary system in 1993 where citizens were allowed to vote for the first time to choose national assembly members.

The king introduced a new constitution in 2006, but he still controls the legislature.

Mswati, listed as the world’s 15th richest monarch by Forbes magazine, has courted controversy with a lavish lifestyle while two-thirds of Swazis live in poverty.

Unemployment is 40 percent and the prevalence of HIV among adults is the world’s highest.