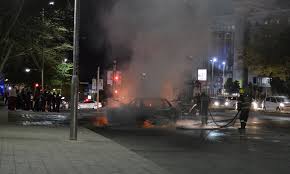 Gauteng Roads and Transport MEC Ismail Vadi has condemned the brutal killing of another Taxify driver.

Moipolai Sekati was fatally shot on Wednesday night in Snake Park, Soweto. His vehicle was torched. The motive for the killing is still unknown and police are investigating.

Vadi has expressed his condolences to the Sekati’s family.

Vadi’s spokesperson Melita Mediba says, “As a department, we are deeply saddened by this criminal act that has occurred so soon after the National Assembly has adopted the national land transport act amendment bill. MEC has also called on law enforcement agencies to investigate crime and urged who might have information to come forward with and assist the police.”