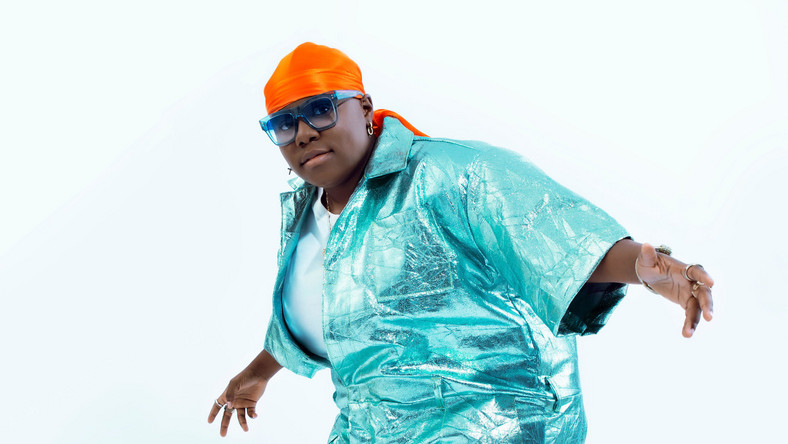 The world is consumed with sex and celebrity and the music industry is often the number one promoter. But just when we think all is lost to flesh and buns, along comes a female act with a refreshing twist to the stereotypical starlet. Indeed, some rules are made to be broken.

For aspiring female artistes hoping to make it big in the saturated patriarchal music industry, the modus operandi seemed well established – show some skin, dance sensually, provide alluring eye candy and generally cut a sexually provocative and arousing figure. And all the better if you actually have some talent.

Only a few very special female acts have transcended these norms to stand the test of time, managing to achieve commercial success without playing by these rules. Mention no names, but they are literally only a handful.

Now into the mix comes this big, bulky, tomboyish human being called Teniola Apata , alias “Teni the Entertainer”. At first sight, she comes across as a rebellious, spoilt rich kid with no care for public opinion and, like most musicians, with a touch of the egotist. But underneath all that façade and misconception is a beautiful tenderhearted happy-go-lucky lady with a deeply rooted passion for music.

Having plied the entertainment circles for some time, Fargin was the song that first got heads turning her way. What was probably meant to be a highlife cover freestyle on Instagram turned out to be a full-blown single that the surfers scrambling to her social media pages to catch a glimpse of this unorthodox -looking yet funny singing talent.

Then along came Wait For Me, a signal that she meant business with music. Her contemporaries and perceived rivals were forced to take notice.  The odds would still be stacked to the heavens against her, plus her sound was not exactly mainstream. A flash in the pan. Or so they thought.

But then Teni released Askamaya, the club banger that sent both males and females bumping and grinding in their corners. A confirmed club and party favourite. Did I mention that she won Rookie Of The Year at the last Headies?. She most certainly did. Ahead of DMW’s Peruzzi, Aquila Records’ Airboy, and Ancestor Records affiliate, Junior Boy.

As her social media following astronomically increased, so did her industry acclaim. Her funny videos on Instagram quickly and easily made her a fans’ delight and just when it seemed she was toning it down with the music, she released Shake Am, followed by Case. While Shake Am gives off a groovy, afrobeat influenced vibe, Case is a mellower and more carefully thought out tune, showing Teni’s emotional side.

Obviously, she has the very rare ability to switch between feel good vibes and more socially conscious tunes, which express musical sensitivity while still appeasing jollof music loving fans.  That should make her label owner happy for sure. She defies every industry stereotypical feminine norm and is gradually gaining acceptance among music lovers locally and internationally.

Recent statistics show that Teni the Entertainer was one of the most booked artistes in Nigeria over the yuletide period, apparently raking in over seventy million Naira in performance earnings. While her papa may not be Dangote or Adeleke, she is definitely doing okay at the moment. One thing is certain, the talented entertainer called Teni is not going away anytime