There came a period in my life when I ogled after everything in skirt. Gone were the days when I lusted with no fruit to come from my wanton desires. These days, my ogling came with plenty of goodies afterwards. There’s nothing like being young, rich, and capable of sweeping any woman off her feet. Eniola, Jael, Mirabel, Nelo; these where some of the girls who I f**ked in the first week of January 2019…and the list isn’t even complete!

Make money, brothers. Make money or die trying. Best thing about the kind of guy I was, I could sleep with three girls in one day and still have enough juice left in me to fuck a fourth. On the first day of January, Jael came to visit me all the way from Sapele. In Delta State

I paid for her air ticket to Lagos, I really would do anything to have a taste of her puss. Jael is one of those chics who used to be a big headache for me. We met in the university and she never gave me the time of day. I begged, I cried, I grovelled on the floor like a worthless wuss, but Jael never cared. 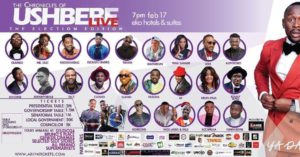 Fellas, Jael was peppery hot. Skin fair like fried potatoes, hair long and lustrous, eyes carved by the devil himself.I could have done anything for a taste of Jael’s lips I tell you. But back in them days, Jael was head over hills in love with some fella, who went by the name, Jack.

I was jealous out of my skin! I learnt to bear the pain of seeing Jack and Jael together and on some days I imagined if Jack would die from just a little sniper in his la casera. Anyhow, after the university, I grew two inches taller, developed a beard, got a brilliant job that paid seven figures on some weeks, and the rest as they say, is history.

First night I ever spent with Jael was everything I imagined it would be. She came over wearing one of those short gowns that women wear, that make their buttocks roll about like massive balloons. Didn’t take too long before I had one of her legs on my shoulders and the other around my waist. Jael was all shades of wet before I plunged deep into her. Her pu**y smelt good, too. I swear it smelt like vanilla, and fresh meat doing a dance.

And I was the maestro, come to savour the duet. Fellas, the day I expected Jael from Sapele was the same day I was expecting Eniola and Mirabel to come through. Thankfully, Mirabel didn’t know my house so it was the easy matter of having her lodge in a hotel close by. I liked to f**k Mirabel, and nothing else. She f**ked like an Amazon and I loved the way that she would always twist and turn atop my d**k.

She enjoyed to f**k me too, and we both had an interesting affair. She f**ked me, I paid for her hair, or her nails, or any other flimsy thing she wanted me to pay for. Eniola wanted to be my wife, and maybe I might have considered it if she wasn’t so flat arsed. She was one of those girls who had a pretty face, pretty skin, but ass so flat you could set dinner on it. Never envisioned myself tying the knot with a woman I wasn’t physically attracted to. Way I see it, I won’t want to get tempted by all them ladies outside of home so why not be with the best woman I can get?

Trouble started on January 2nd 2019, the day Eniola came and found Jael bouncing on me in the bedroom. I would never forget the first words that left her lips. “But I thought you said you are fasting?” Shock written all over her face like a deer caught in the headlights.

Or was I the deer?

Jael bounced right off me, and gave me a quick slap before accosting Eniola, asking who she was and how she knew to come straight to my room. My d**k was still wet and shiny from Jael’s sweet nectar. I watched Jael march to the door where Eniola stood in shock; a basket of fresh fruits she had just bought for me fell off her hands.

Saw oranges and apples roll over the tiles in my room and I sat in bed thinking,

“Oh fuck, Bob! What have I done again?

There goes a saying, “no one is more maniacal than a woman scorned.” Some versions bring hell into the mix but I dare not. You see, if you have ever experienced the hand of Satan, you would understand when I tell you that nothing in this world can match the fury of hell.

There I was, my black ass still shimmery from from Jael’s sweet juices, Eniola looking at me like she was seeing the devil himself, my big head obstructing the slats of morning light filtering into the room. This was it, I had to choose. So I looked from Jael to Eniola, and then to Jael again.

First words that left my lips were,

I was asking Eniola. I sprang up out of my bed and marched to where she stood shocked, her mouth apart, her eyes narrowing. I gave her two quick slaps, and asked her out of my house.

I never seen anyone run so fast before. Before Jael could have said anything I began to shout and curse, to speak in tongues. I walk Eniola out naked, saying stuff like, “no weapon fashioned against me by my enemies shall prosper! I rebuke you! I rebuke you!”Eniola ran off to the door, tears streaming down her eyes. Jael was walking quickly behind me, a puzzled look on her face.

To add more spice to the drama I begin to shout, “who sent you? Who sent you you daughter of JEZEBEL? WHO?” I swear over the years I’ve become a Lord in this game.

If the world was a chessboard I would have been a knight. Why? I had mastered the art of deception. Of being able to jump over all of the nonsense that don’t really matter and capturing my prey.

Some people would be pawns, some bishops because they heedlessly and mindlessly lunge into attacks, some would swear that they are kings or queens. But me? I would be a knight, thank you very much.

Eniola said something just before she ran out of my house that day, she said, “if I never forgive you, you would never know any joy.” I spread my five fingers apart and screamed, “WAKA” in her face before slamming the door on her.

It seemed as though the way I treated Eniola just then aroused Jael even more. She leapt at me like a tiger, and wrapped her fair, soft legs about me.

She took her well-manicured fingers to my face and whispered two words into my ears.