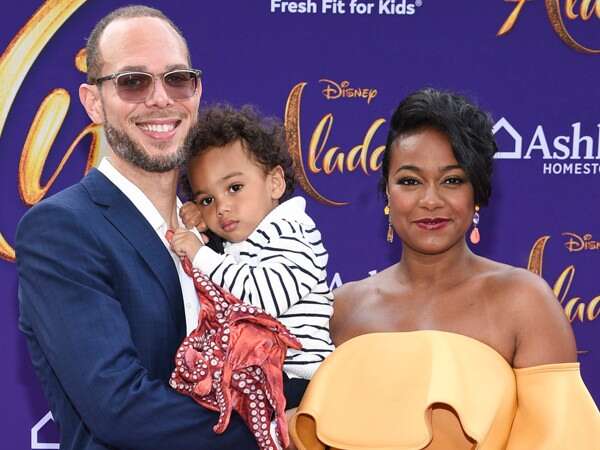 Congratulations are in order! Tatyana Ali is officially a mother of two.

“Our baby boy is here!” she wrote on Instagram. “We’re all in love over here… and exhausted lol!”

Back in April, Ali announced she was expecting baby No. 2 on Instagram. “I was on a work trip recently and I thought it was about time I captured my baby bump,” she wrote. “We’re so excited! They say every pregnancy is different and they ain’t lying. Phew! I’m exhausted this go round, swirling with emotion and starving, like constantly. Feeling very blessed. #BabyRasberry.”

Throughout her pregnancy, the star posted adorable bump-dates to social media, often featuring her eldest as a special guest.

“Morning checkup,” she captioned a shot of her son dutifully placing a stethoscope on her belly. Weeks later, she returned with a snap of Edward happily playing with a quilt she had made her next born: “Big brother approved!”