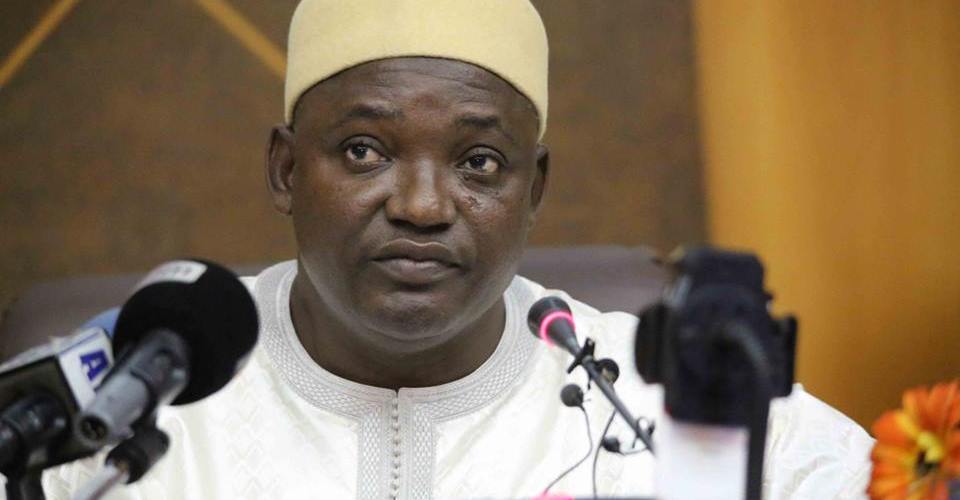 The Gambia’s president, Adama Barrow has pledged to champion policies that improve work conditions, ahead of the May 1 labour day celebrations on Tuesday.

The president who will be taking his first vacation on May 2, was addressing unionists who have partnered with the country’s labour department under the ministry of Trade, Industry and Employment to highlight the plight of workers in The Gambia.

While the president commiserated with workers, he will only be able to do tangible work to address their plight after May 28 when he returns to office from his annual vacation.

Barrow, who came to office on December 2nd 2016 after he defeated dictator Yahya Jammeh, will be spending his annual vacation at his home village of Mangkamang Kunda in Jimara District.

The Office of the president said this will be the first time he visits his home since he took office.

President Barrow was born in Mankamang Kunda in 1965. He attended primary school in a neighbouring village before moving to Banjul for his secondary education.

His critics have however accused him of pursuing a personal development agenda that includes transforming Mankamang Kunda into a modern village.

They cite the recent pictures that circulated on social media, showing a mansion being built in the president’s village as his new residence.