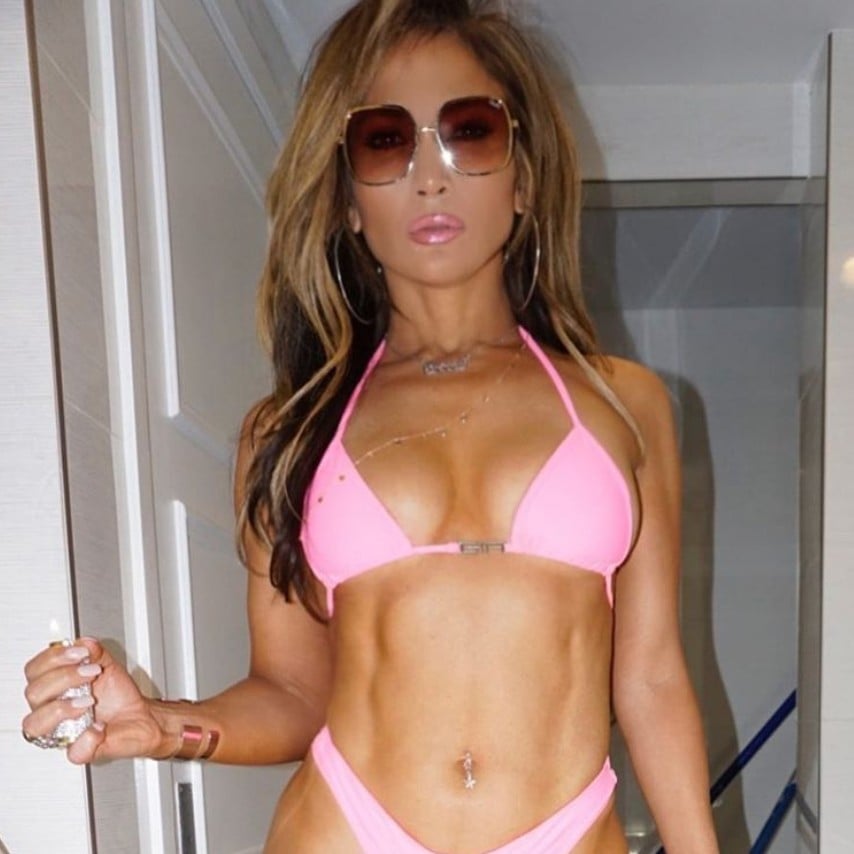 Jennifer Lopez sent social media into a tizzy on Sunday after showing off her fit frame in a pink bikini on the set of her upcoming film, “Hustlers.”

“I’m a hustler baby… I just want you to know… #Ramona on fire 🔥 On set and in character for #hustlersmovie #stxentertainment,” Lopez, 49, captioned the sizzling snap.

“@jlo Boom! There it is,” commented Lenny Kravitz.Shortly after the photo dropped on Instagram, fans and followers reacted to the red-hot shot, including Lopez’s fiancé, Alex Rodriguez, whose response could be summed up in a series of emojis, as captured by Comments by Celebs.

In “Hustlers,” due out in 2020, Lopez plays a stripper who attempts to outwit her Wall Street clients. Constance Wu and Cardi B will also appear in the flick, which started filming in New York last week.