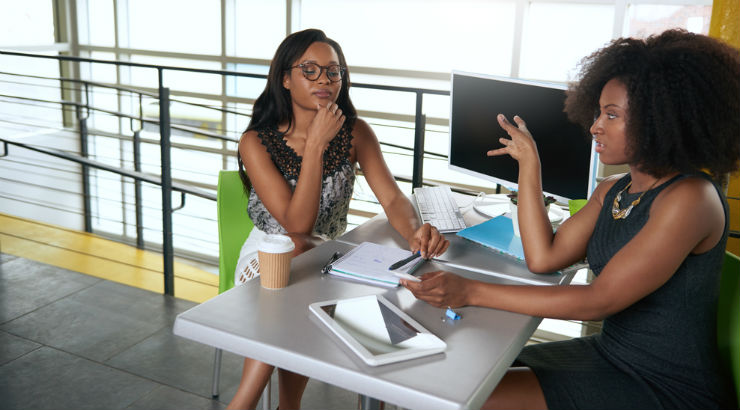 Warning: This story is rated 18 and it’s a legal intellectual property of Creed International Comms Limited owners and Operators of TVCreed No one is authorized to write or rewrite,modify in any form post or repost any part of it in anyway copyrighted or other proprietary content without obtaining the written approval of TVCreed.

The truth remains, I hadn’t always wanted to be a part of “the other team.”

Did believe in fairy tales, Those girl meets boy, they fall in love with each other and live happily ever after? Yes…but things don’t always work out the way we envision them to.

The first time that I fell in love, I gave my all. I surrendered my time, affection, my body and even my loyalty to the relationship.

What did I get in return?

I forged on, reconciling my experience to be one of those things in life and resolved that it wouldn’t hurt to try again.

I decided to relax, bide my time, concluding that maybe love wasn’t for everyone. Till I met Sola…

I had just landed a job in a bank as a marketer which wasn’t what I had hoped for after spending five years in the University to study Pharmacy. I had envisioned a life spent, making drugs and playing with chemicals, yet, here I was, nanny to bank directors and cashiers. The deadlines I was given at the bank were almost impossible and I tried all I could to meet those targets or I would be fired. I was given a rude introduction to the Nigerian Labor market.

Sola Durotimi was one of the top bloggers in the county, a very hardworking and successful woman, straight up feminist who always spoke out for and supported women, as often as she could. And she was single as f**k.

Somehow, an appointment was booked with her and I was chosen by my manager, sent to try to convince her to invest with us. This was more or less my last opportunity, and I was desperate.

I remember waiting at her office for more than two hours, she was a very busy woman, obviously. I had to be patient. All the while I waited, I kept thinking, what if she walked me out of her office as soon as she saw me? What if I said something she didn’t like? She was known for her fierce, vocal ways, what if this was one of her off days? Eventually, after counting the ceilings for the umpteenth time and looking at the time to calculate how long I had spent waiting for her, the shrill voice of the receptionist filtered into my ears,

“Excuse me madam, you can go in now.”I stood up, nervous.

Would I make a good Impression? Could I convince her enough to decide to open an account with us? What would happen if this doesn’t work out? How would I face the branch manager? I felt my hands shaking a little when I reached for the door knob.

When I pulled it, I was immediately introduced into a large, beautifully furnished office. I looked around in awe, almost gaping at the sheer brilliance of her furnishing, before reminding myself of the reason I was there.

She sat on the office chair, facing the other side of the room and didn’t even turn to look when she heard someone else  in the room. I stood still for a few seconds and still she didn’t budge. So, I took a deep breath and I said, “Good Afternoon, Mrs Sola, Thank you for making out time to see me despite your very tight schedule.” No response came.

She finally turned and I saw her face for the very first time.

She was approximately in her early forties with beautiful long hair, a pointed nose on a slender long face with the sharpest cheek  bones I had ever seen. Her eyes, the lines under them were tell tale signs of a wisdom, sharp as a knife’s edge. She had small but full lips and the way she stared at me, intensely, as though she could peer right into my soul. I was instantly mesmerized by her aura. She seemed like an interesting person, very intelligent and widely knowledgeable.

When we spoke, she talked about authors like William King, and movies like The Revenant, and how she felt actors like Leornado Di Caprio were pacesetters. She snorted every time she left, and she would rake her fingers through her hair. We spoke about everything but her pending investment in the bank.

By the end of our meeting, Mrs Sola invited me for dinner at her place, to convince her on why she should heed my poorly hidden insinuations, that she come invest in our bank. I was so happy and almost convinced that a further invitation meant we had bonded very well and she probably, enjoyed my company.

I recall now how excited I was when I pulled up at her front porch that evening, and how different she looked in a pair of shorts and a see through tank top. As we spoke, she constantly touched my arm and hair, commenting on how beautiful I was. “I like girls like you”, she said. ” Girls who are strong and independent of men.”

Something kept telling me her entire body language had an underlying sexual tone which I ignored. I sat on one of her sofas in her sitting room, and she sat beside me, the palm of her right hand cupping her face, and her elbow on the seat’s arm.

I spoke about investments, and about how we could take her to the next level, financially, and she just stared at me, with a twinkle in her eyes.

Then she reached out for me, and held my face in a firm grip. And when she kissed me, I remember tasting sugar on my tongue. I had never been kissed by another female and it felt so good. Her thick lips taking on mine, sucking them, harassing them, and biting them playfully. I was too shocked to withdraw, to react. I should have said no, I probably should have left immediately. But I liked it, loved all she was doing.

I remember her taking off my gown. She did it slowly, taking time to let the passion build up inside me, caressing every inch of my body until I was completely naked. She mounted me and kissed me long and hard, till she was sure I couldn’t take it anymore. Then slid her tongue away from my mouth and to my chin, drawing moans from even a zone as inconsequential as that. She took a stroll with her tongue, exploring my body, down my neck, pausing at my clavicle, and on until she got to my boobs. She fondled them, gentle yet firm, igniting such a pleasurable feeling, that I had never felt before. She continued caressing my left breast with one hand and used her tongue to work her magic around the nipples of my right boobs, circling the areola, teasing me, till she took the entire boob in her mouth.

I felt my body writhe to the rhythm of the pleasure I felt. The uncontrollable, irrepressible moans followed after, goose pimples popping up all over my entire body.

Yet, I didn’t want her to stop.

When her tongue left my boob, she took a long stride to my navel, casually running circles over my body, until she reached my already wet and dripping pu**y. I almost ran mad with excitement, my legs spastic.

How did she know every single sensitive part of the body?

She invested in the bank, along with eight of her friends who she introduced me to. Am I now a player in “the other team”? Yes. Do I regret it? No.  I know now that sometimes, the only way to win is to stop being on the bench, to stop waiting your turn.bvv