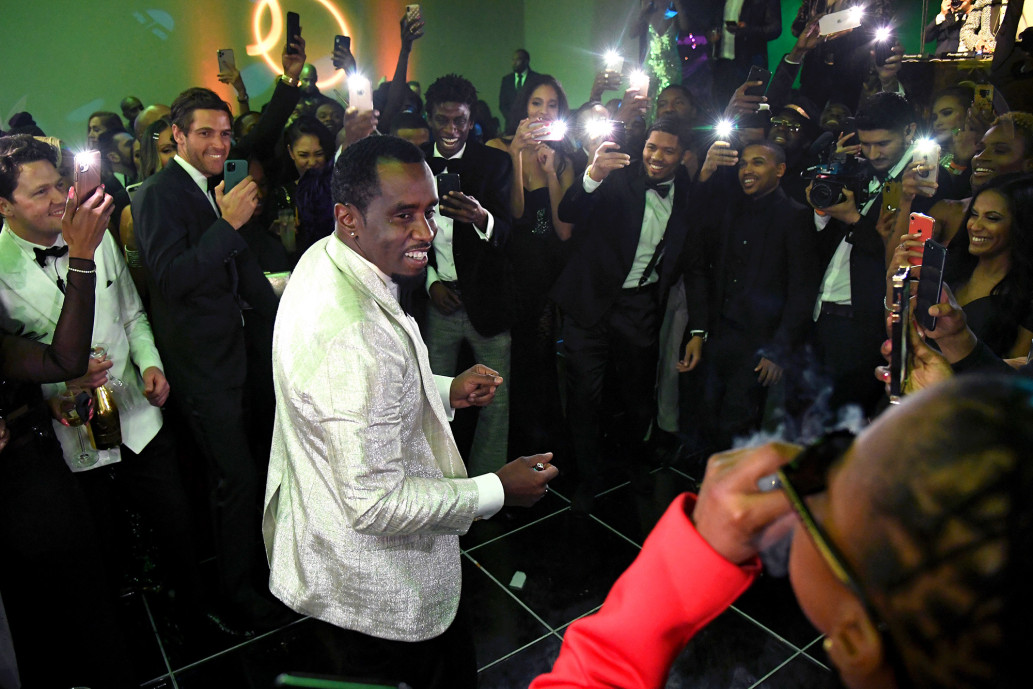 Guests were invited via audio message from supermodel Naomi Campbell. “On the audio, she said, ‘You’re invited to Diddy 50… only come with dancing shoes and good vibes,” a guest told Page Six.

The hip hop mogul turned 50 on Nov. 4, but an insider told us he rescheduled his party three times because he wanted to also commemorate the late Kim Porter’s birthday. She died last year and would have turned 49 on Sunday. Diddy also threw an early birthday celebration for their twin daughters, Jesse and D’Lila, the night before.

“It was definitely the first time exes Ray-J and Kim had been in the same room in a while,” a spy observed. “The Carters [Jay-Z and Beyonce] and the Wests were in the same section and said hello,” a spy told us.

At around 11 p.m. a tent opened up where Diddy’s Uptown Records mentor, Andre Harrell, announced surprise performer Blige. She performed a string of her hits — many produced by Diddy — for over an hour. “There’s so much history there and everyone was into Mary. [Diddy’s] three daughters were dancing. Jay Z and Beyonce were watching. It was incredible,” a source said.

Toasts were then made by Diddy’s sons, and Usher — who was mentored and produced by Diddy early in the crooner’s career. The starry gathering all sang “Happy Birthday.”

DJ Cassidy then spun tunes including the music mogul’s hits “Victory” and “All About the Benjamins” as the party raged on. At around 1a.m. Diddy got on the mike, and the event ended at around 5a.m.

“Lil Kim and Mary were still dancing and Snoop and Khalifa were still smoking weed. It was an epic and long night,” the source said. Pharrell Williams was “dancing all night, too.”