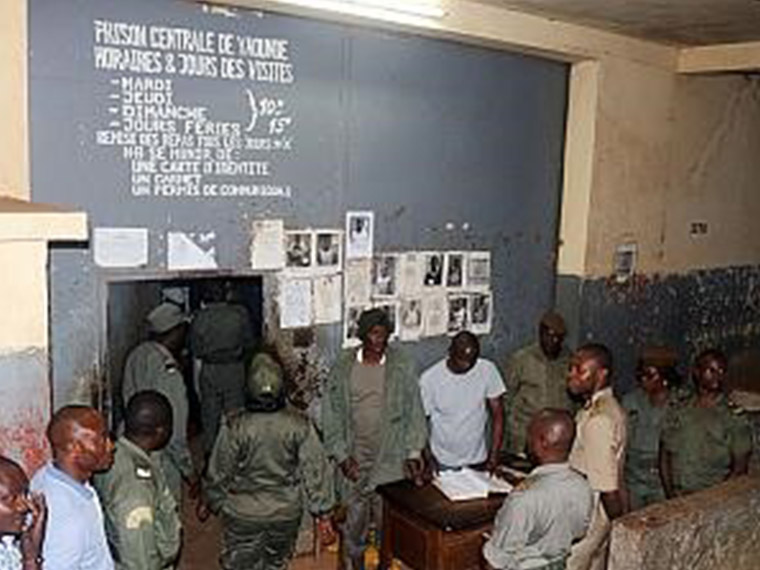 Three Cameroonian public figures, including a former minister, were jailed in Yaoundé for alleged financial malpractice in connection with the anti-corruption operation “Epervier”, a judicial source told AFP on Thursday.

Louis Max Ohandja, former secretary of state to the Minister of Public Works, in charge of roads, Jean William Sollo, former boss of a public corporation and Bruno Bekolo Ebe, former rector of the University of Douala, were placed on Wednesday evening in pre-trial detention in Kondengui, the central prison of Yaoundé, the source said.

“They are accused of financial embezzlement, but the amounts will not be known until the judicial information has been opened,” explained an official of the Special Criminal Court (TCS), the judicial body that indicted them.

They are accused of financial embezzlement, but the amounts will not be known until the judicial information has been opened.

William Sollo is reportedly the subject of a proceeding for alleged embezzlement within the Cameroon water utilities corporation (Camwater).

From 2012 to 2016, Sollo managed this public company, which recently took over the running water distribution service from a private company.

Bekelo Ebe and Ohandja are suspected of financial misconduct at Douala University. In 2014, the Budgetary and Financial Disciplinary Board, an official body that investigates governance problems in public administrations and companies, declared Bekolo Ebe a debtor of 2.4 billion FCFA (3.7 million euros).

The former state secretary to the Minister of Public Works, Mr Ohandja, was the director of a vocational school at the University of Douala before being promoted to Minister.

The judicial operation “Epervier” to fight corruption in Cameroon launched in 2006 affected many former heads of public enterprises and former ministers.

A former Prime Minister, Inoni Ephraim was sentenced in October 2013 to 20 years in prison for “embezzlement of public funds” of more than 1.68 billion FCFA (2.56 million euros).

In Cameroon, “Epervier” is controversial, with many perceiving it as a “political purge” operation.

Former government leaders like Marafa Hamidou Yaya, sentenced to 20 years in prison for “embezzlement of public funds”, believe they are victims of political settling of scores.

Yaya was formerly a powerful minister of territorial administration (Interior) and a former Secretary General to the Presidency.