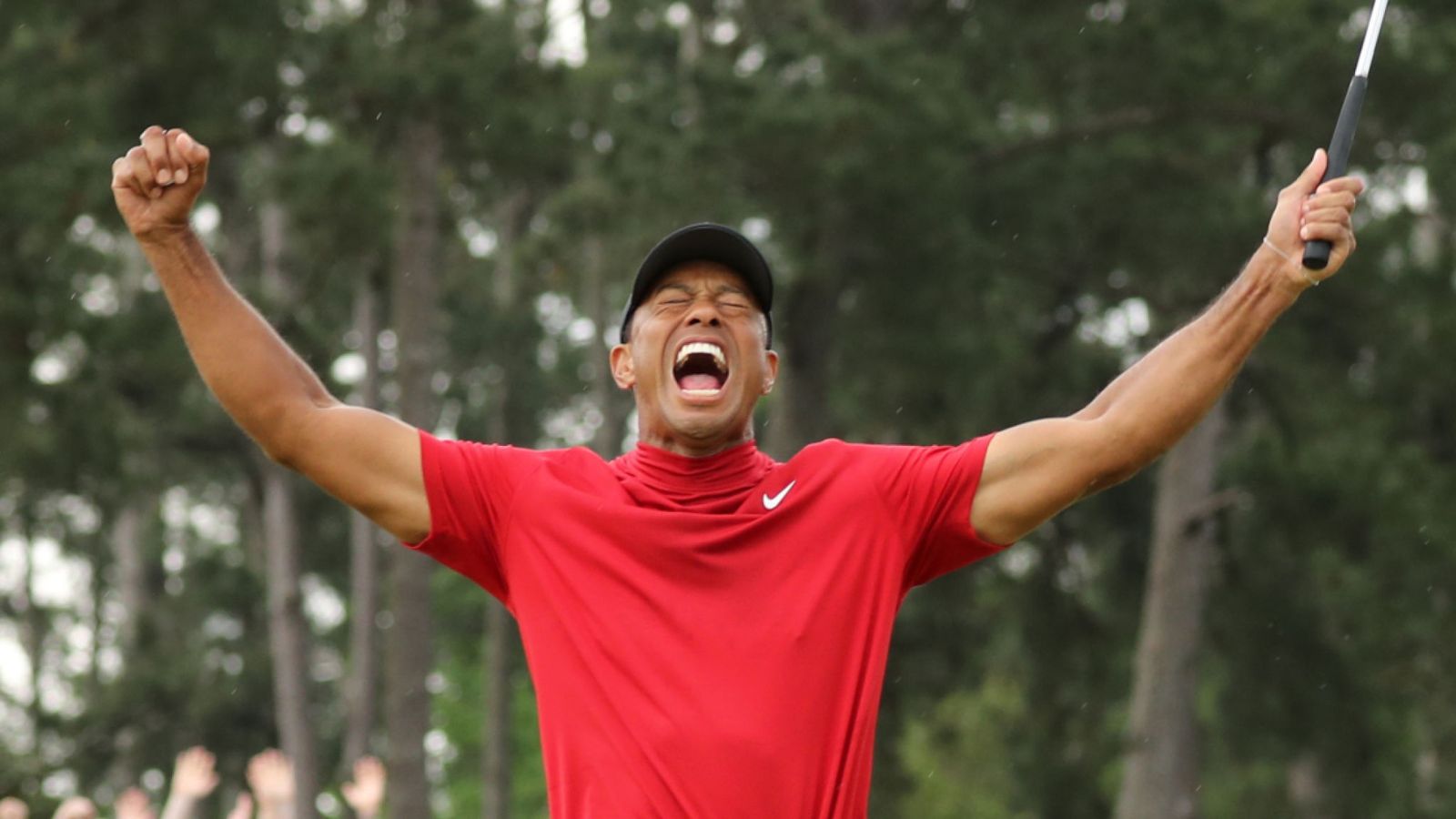 Tiger Woods produced a scintillating finish to win a fifth Masters title and end an 11-year wait to claim a 15th major.

There were raucous celebrations around the 18th green as Woods finished with a two-under-par 70 to win on 13 under, one clear of fellow Americans Dustin Johnson, Xander Schauffele and Brooks Koepka.

Woods, written off by so many so often as he battled back problems in recent years, punched the air in delight, a wide smile across his face, before celebrating with his children at the back of the green.

“I’m a little hoarse from yelling,” said the 43-year-old. “I was just trying to plod my way around all day then all of a sudden I had the lead.

“Coming up 18 I was just trying to make a five. When I tapped in I don’t know what I did, I know I screamed.

“To have my kids there, it’s come full circle. My dad was here in 1997 and now I’m the dad with two kids there.

“It will be up there with one of the hardest I’ve had to win because of what has transpired in the last couple of years.”

Victory caps a remarkable resurgence for Woods, who missed the 2016 and 2017 Masters with back problems before finally undergoing back fusion surgery in April of that year.

A superb 2018 followed where he challenged at The Open before finishing joint sixth and pushed eventual champion Koepka close at the US PGA Championship.

He then capped off the season by winning the Tour Championship for his 80th PGA Tour title and this victory puts him one behind the record of 82 held by Sam Snead.

Overnight leader Francesco Molinari’s hopes sunk with two double bogeys on the back nine and he had to settle for a share of fifth on 11 under after a two-over 74.

Ian Poulter’s chances ended after he hit his tee shot into the water on the 12th and he closed with a 73 for a share of 12th on eight under, three shots ahead of fellow Englishman Matt Fitzpatrick and Northern Ireland’s Rory McIlroy, who carded rounds of 70 and 71 respectively.