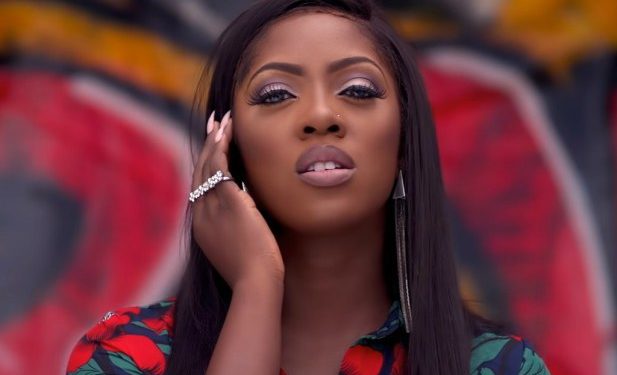 Nigerian singer, Tiwa Savage has been featured in the December 2018 edition of British Vogue. Tiwa talked about her music journey as a female artist in Africa.

Tiwa shared the news on Friday in a series of posts on her Instagram page. She said, “Just felt like encouraging someone and myself yesterday about not fitting into the world’s standard of beauty.

“Today, the British Vogue December issue was released with me in it. God definitely has a sense of humour. British Vogue. Wow,” 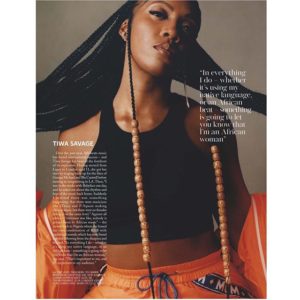 In the feature, she talked about the challenges she faced as a female Afropop singer and the journey to framing her distinct sound. she stated that she had to return to Nigeria to pursue music after she discovered that while the industry was growing, there were no female doing it on the same level as the men.

Just felt like encouraging someone and myself yesterday about not fitting into the worlds standard of beauty and today the @britishvogue December issue was released with me in it. God definitely has a great sense of humor British Vogue …. WOWWWWW 🏆🙏🏼❤️

The feature excerpt quotes her as saying,  “Against all advice – everybody was like, nobody is going to listen to African music, I moved back to Nigeria.” Tiwa said “In everything I do, whether it’s using my native language, or an African beat, something is going to let you know I am an African woman.

Tiwa went on to craft her own sound using a combination of RnB and traditional Afrobeats which has accorded her global acclaim. She signed a recording contract with Mavin Records in 2012 and currently has a songwriting deal with Sony/ATV Music Publishing. The mother of one also signed a management and publishing deal with Roc Nation in June 2016.