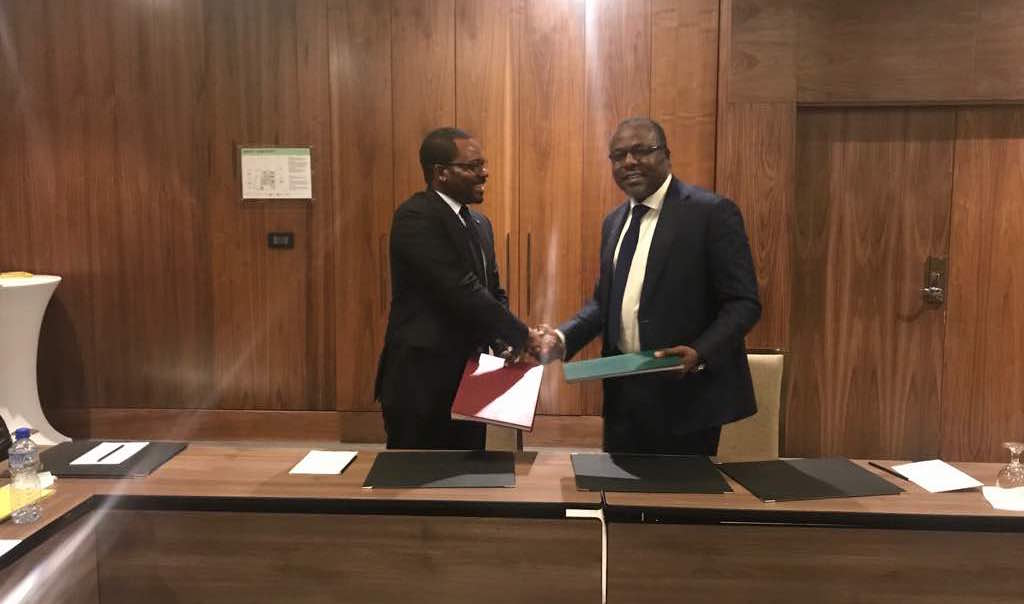 Equatorial Guinea’s Minister of Mines, and Hydrocarbons H.E. Gabriel Mbaga Obiang Lima and Togo’s Minister of Mines and Energy H.E. Marc Dèdèriwè Abli-Bidamon have signed a cooperation agreement to facilitate the trade in liquefied natural gas between the two countries.

The new memorandum of understanding, signed last week by the ministers, creates a framework for Togo to import LNG produced in Equatorial Guinea. The agreement is part of the LNG2Africa initiative, in which Equatorial Guinea is promoting the utilization of LNG within Africa, using gas sourced and processed in Africa. Togo will study the import, regasification of LNG, and its use for power generation.

“As an established LNG producer since 2007, and with a floating LNG in the works, we know the power of this fuel to transform Africa,” said H.E. Gabriel Mbaga Obiang Lima, Minister of Mines and Hydrocarbons of Equatorial Guinea.

“It is imperative that African nations monetize their gas, and that energy users benefit from this cheaper, cleaner, locally produced resource. Equatorial Guinea is committed to working with its neighbors in the region to find solutions that bring benefit to us all. We look forward to a strong partnership with Togo.”

Prior to signing the MoU with his Togolese counterpart, H.E. Gabriel Mbaga Obiang Lima paid a working visit to the Minister of Energy of Burkina Faso H.E. Bechir Ismael Quedraogo. Both ministers and their technical teams worked on the implementation of the MoU signed between Equatorial Guinea and Burkina Faso in September 2017, also under the LNG2Africa initiative. The parties presented a detailed plan to supply LNG to power plants in Burkina Faso. Once approved, Burkina Faso will immediately benefit from LNG supplies from Equatorial Guinea.