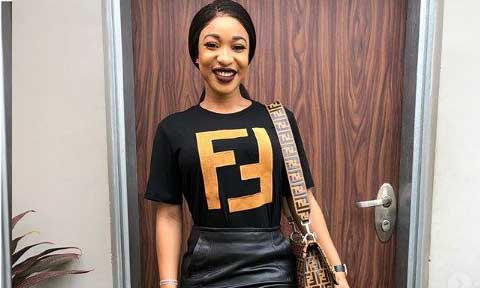 A group of blackmailers who claim to have gotten hold of Tonto Dikeh’s nude photos have threatened to release it.

The actress posted a screenshot of the direct message they sent to here with a caption daring them to release earlier than the weekend.

The group also claims they have other celebrity nudes they pan to release to the public.

THESE ONES ARE STILL LEARNING, IF I GIVE YOU GUYS A DIRTY SLAP YOU WILL RELEASE MY NUDES TODAY.. How dare you have my nudes and decide to release it at weekend,Do you know how much I have spent on my body so far.. Don’t play with me ,RELEASE THE SHIT LETS MAKE MONEY.. I WANNA BLOW SO DONT LET ME DROP IT BEFORE YOU LAD!! #securingthebag2019 #PS:- if you release a photo shopped picture of me,I WILL SHOOT YOU IN THE HEAD AND GO TO JAIL,I will hunt you down and do really bad things to everyone you Love.. DARE ME DARE ME DARE ME DARE ME @nigerianpolice