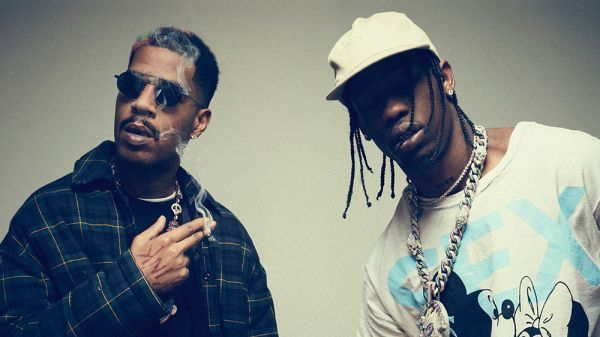 Travis Scott and Epic Games set records and a new bar last week with the immense success of the rapper’s April 23 “Astronomical ‘Fortnite’” event. The largest in-game experience ever, Scott racked up 12.3 million simultaneous views the first day of the video game event, and a total of over 27 million unique players attended during the five-day experience.

But the collaboration between Scott and “Fortnite” didn’t stop there – every day since April 23, Scott and his “Cactus Jack” team have been dropping new merchandise inspired by the game, including clothing, action figures and Nerf guns.

Today – which also happens to be Scott’s birthday – the rapper announced that every piece of merch from his “Astronomical ‘Fortnite’” event is now available on his web store. Previously, each day’s merch was only available on the day of its release.

The success of the event as a whole came down to the innovation of “Fortnite” and the opportunity for Scott to engage his audience in a creative way, Cactus Jack GM David Stromberg tells Variety: “Travis and Cactus Jack are always looking for new and inventive ways to serve and expand his audience as well as creative strategies to release music in the modern landscape. We found a great partner in Epic Games and ‘Fortnite’ to get Travis’ vision in front of a massive audience with tons of potential for new fans to discover his music at the same time.”

In addition to ground-breaking “Fortnite” graphics including a giant avatar of Scott himself, he used the event as an opportunity to debut his new musical partnership, “The Scotts,” with Kid Cudi (pictured at left with Scott). So far, their single of the same name has reached the top spot on Apple Music and Spotify in the U.S., earning it the biggest streaming debut of the year on Spotify (nearly 44 million streams as of this writing).

Physical copies of “The Scotts” on vinyl, CD and cassette are also available on Scott’s web store, featuring art by iconic designer KAWS. In their day of exclusivity alone, 37,000 physical copies were sold.

“With Travis it’s never just about one vertical,” Stromberg adds. “We had a super compelling product and commerce plan for direct to consumer with collaborations lined up to launch as soon as the first show ended in ‘Fortnite.’ Simultaneously we launched the single, ‘Fortnite’ merch collection, the group The Scotts and the artwork with KAWS.”

The music video for “The Scotts” was also filmed within the “Fortnite” event. It has amassed over 22 million views, and is trending on YouTube in 44 countries.

Says Stromberg: “It’s all really a testament to Travis’ vision and the ability to have such a clear perspective on all of the brands working together, but still making each moment feel important.”