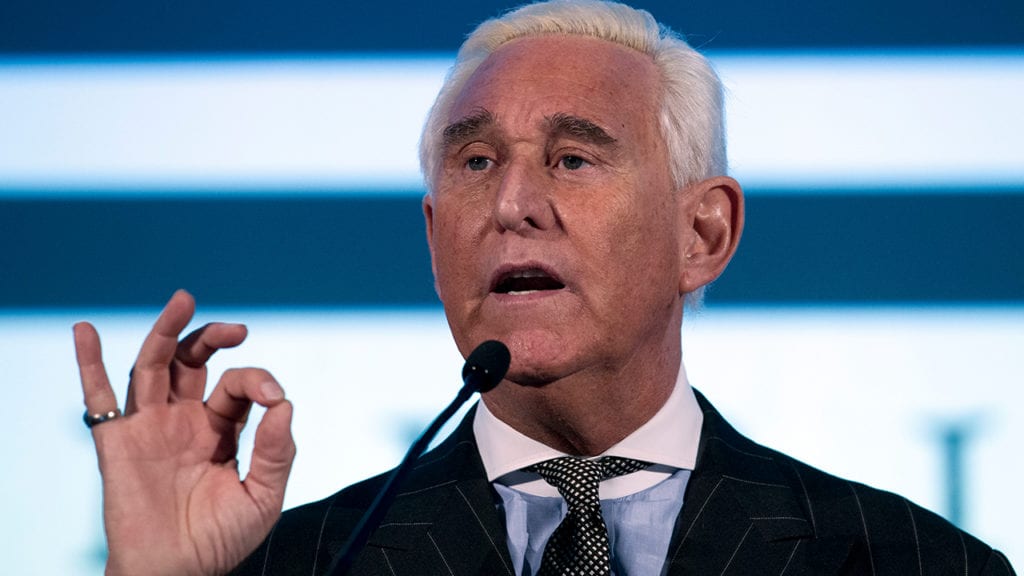 Roger Stone, a longtime political adviser to Donald Trump, has been arrested by the FBI as part of the Russia probe and charged with seven counts.

Roger Stone was arrested as law enforcement raided his house just after 6am in Fort Lauderdale, Florida. He was then indicted on seven counts, including one count of obstruction of an official proceeding, five counts of false statements, and one count of witness tampering.

Robert Mueller, who is investigating Russia’s interference in the 2016 US election and any ties to the Trump campaign, orchestrated the arrest.

It states that Stone made ‘multiple false statements’ about his interactions regarding Wikileaks, and ‘falsely denied possessing records that contained evidence of these interactions’, and ‘attempted to persuade a witness to provide false testimony to and withhold pertinent information from the investigations’.

The document later states that on or about 4 October 2016, the head of Wikileaks, Julian Assange, ‘held a press conference but did not release any new materials pertaining to the Clinton campaign. Shortly afterwards, Stone received an email from the high-ranking Trump campaign official asking about the status of future releases by (Wikileaks). Stone answered that the head of (Wikileaks) had a “serious security concern” but that (Wikileaks) would release “a load every week going forward”.’