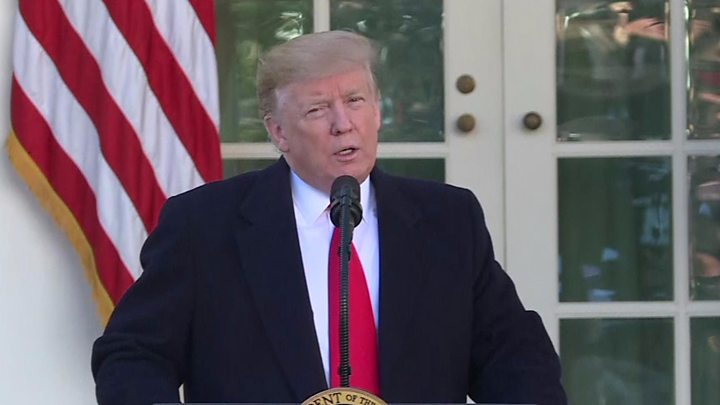 President Donald Trump has yielded to political pressure to end the longest US government shutdown in history.

After 35 days, he backed a deal to fund federal agencies for three weeks, but it includes none of the money he has demanded for a US-Mexico border wall.

The Republican president previously vowed to reject any budget unless it included $5.7bn (£4.3bn) to fund his signature campaign pledge.

But Democrats, who control the House of Representatives, flatly refused.

Later on Friday, the Senate and House unanimously passed a bill to temporarily end the shutdown, after which President Trump signed the bill into law.

Following the votes in Congress, Mr Trump tweeted that his decision had been “in no way a concession”, but was “taking care of the millions of people who were getting badly hurt by the shutdown”.