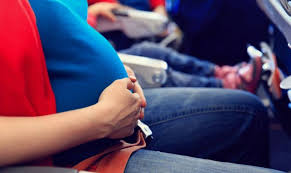 The Trump administration on Thursday unveiled a new rule intended to curtail what the administration calls “birth tourism.” It would give the government more power to deny certain visas to women if officials have “reason to believe” they intend to travel to the U.S. for the primary purpose of giving birth to a child in the country to obtain U.S. citizenship for the child.

According to the State Department rule in the Federal Register, pregnant women who are traveling to the U.S. for medical treatment have to provide their treatment arrangements and demonstrate their ability to pay for the treatment and any other associated costs.

The practice of traveling to the U.S. to give birth is fundamentally legal, although there are scattered cases of authorities arresting operators of birth tourism agencies for visa fraud or tax evasion. Women are often honest about their intentions when applying for visas and even show signed contracts with doctors and hospitals.