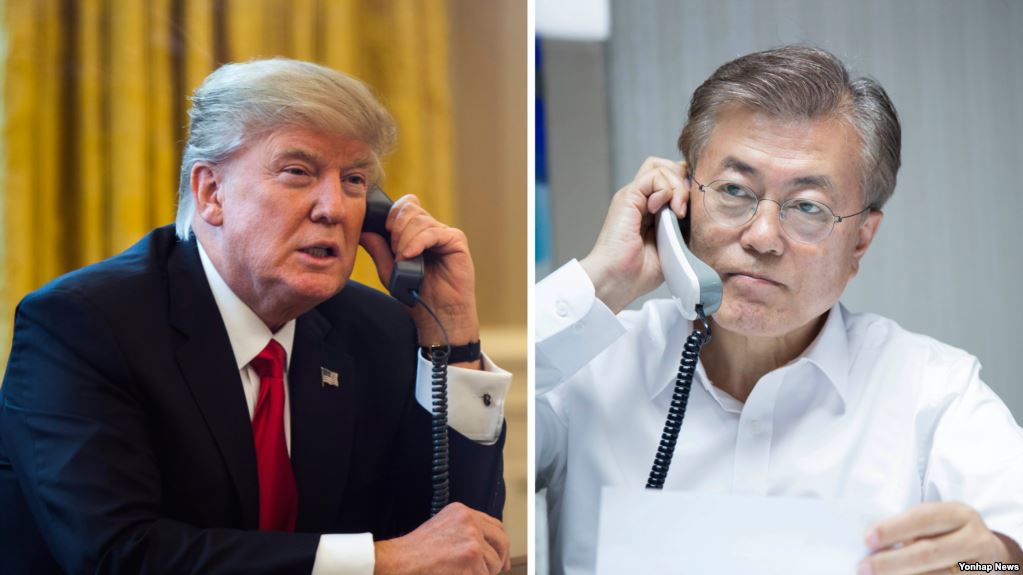 As efforts are being made to bring lasting peace to the Korean Peninsula, the White House has announced that President Trump will host the South Korean President Moon Jae-in, on May 22.

The meeting is to ascertain the progress made ahead of a planned meeting between Trump and North Korean leader Kim Jong Un.

Trump and President Moon Jae-in’s meeting marks the third summit for the pair.

The meeting “affirms the enduring strength” of the “alliance and deep friendship between our two countries,” the press release from Press Secretary Sarah Sanders’ office said.

It went on to say that the two leaders would “continue their close coordination of developments regarding the Korean Peninsula following the April 27 inter-Korean Summit,” referring to the recent historic meeting of North and South Korean leaders.

Trump and Moon are expected to talk about the president’s upcoming meeting with Kim, the leader of the Hermit Kingdom, the press release said.

The president on Friday shared new details about that meeting but without specifics. “We now have a date and we have a location,” Trump told reporters prior to leaving for Dallas, where he was set to speak at the National Rifle Association annual convention.

“We’ll be announcing it soon.”

Trump has previously said the summit with North Korea will unfold in May or early June.

A possible meeting between Trump and Kim came to light following a trip then-CIA Director Mike Pompeo took to the rogue nation over Easter weekend.

Trump later acknowledged that Pompeo, who has since been confirmed as secretary of state, had met with Kim.

“Details of the Summit are being worked out now. Denuclearization will be a great thing for World, but also for North Korea,” Trump tweeted.