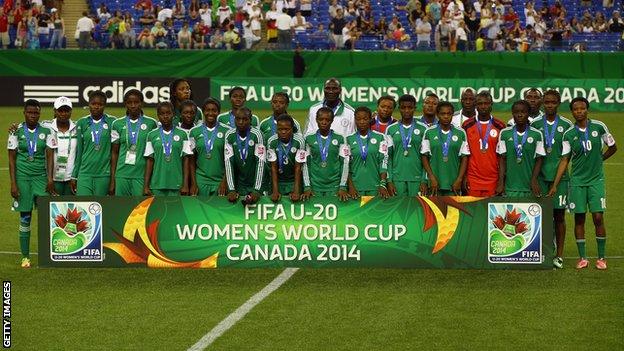 Nigeria has lost its bid to become the first African country to host a global women’s tournament after Fifa chose Costa Rica and Panama as joint hosts for next year’s Under-20 World Cup.

A Fifa inspection team visited proposed facilities in the West African country last year amidst strong criticism from a section of the country’s socio-political commentators and analysts.

Despite the criticism, the project received strong backing from the Nigerian government.

Nigeria’s bid would have seen games staged in Lagos, Benin City, Asaba, and Uyo, but the world football governing body said it has opted for the first jointly hosted tournament in Costa Rica and Panama after an inspection visit to both Concacaf nations as well as further discussions with the two relevant member associations.

“We would like to thank the Costa Rican and Panamanian football associations for their commitment towards women’s football and the FIFA U-20 Women’s World Cup in particular. We are looking forward to a fantastic competition in August,” Fifa’s Chief Tournaments and Events Officer Colin Smith announced.

“After the highly successful FIFA Women’s World Cup in France this year, it is important that we build on the momentum at all levels of the game. The U20WWC in Costa Rica and Panama next year is a perfect opportunity for us to continue driving the popularity of the game and with it being the first jointly hosted tournament – we can make the impact even greater,” Sarai Bareman, Fifa’s Chief Women’s Football Officer added.

The decision is a further blow to the Nigeria Football Federation (NFF) president Amaju Pinnick, who initially saw the country’s bid to stage the event as a great opportunity to ‘impact on humanity and win it on home ground’.

Nigeria previously hosted the men’s Under-20 World Cup in 1999 and the under-17 version 10 years later.

It is unclear whether they will bid for a global tournament in the near future, but officials have not ruled out staging a continental women’s event.

Nigeria is one of four countries (alongside USA, Germany, and Brazil) to have participated in every World Under-20 tournament since its inception 17 years ago.

The Falconets reached the final in 2010 and 2014 but lost to women’s football superpowers Germany on both occasions.