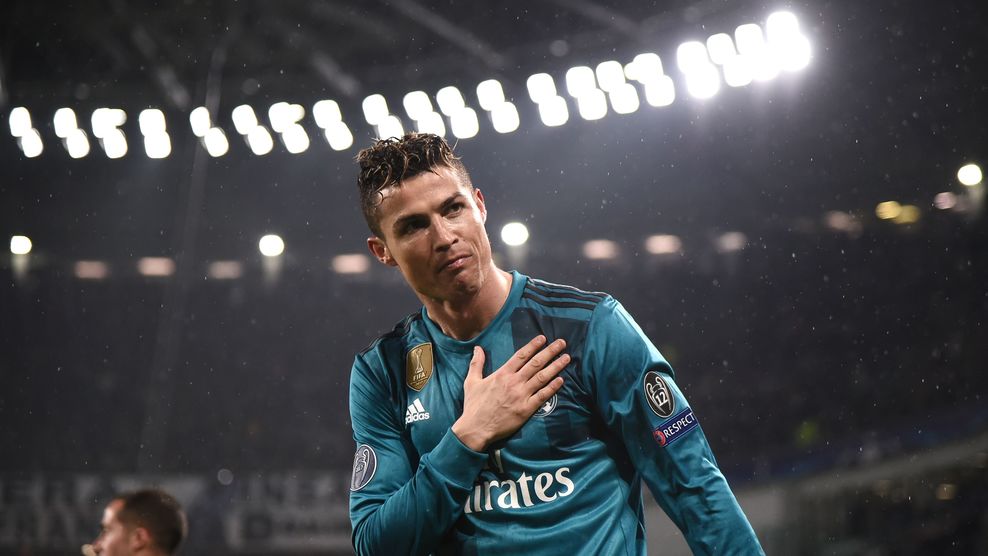 Cristiano Ronaldo’s sensational overhead kick helped Real Madrid to a 3-0 win in the first leg of this quarter-final. Ronaldo scored twice as Real Madrid beat Juventus 3-0 in Turin to close in on a UEFA Champions League semi-final place.
Ronaldo broke the deadlock when he met Isco’s cross after just three minutes, but it was his second – a sensational overhead kick just after the hour – that prompted even the home fans to applaud.

Juve’s misery was further compounded by Paulo Dybala’s red card and Marcelo bundling in a third, with Ronaldo later hitting the crossbar – as Toni Kroos had done in the opening period – and spurning two more opportunities to register yet another hat-trick.

The headlines were already his, though, his exploits leaving Juve with a mountain to climb in the Spanish capital next week.

Key player: Cristiano Ronaldo (Real Madrid)
Who else? Two more goals, more sheer brilliance, another match-winning performance. Ronaldo’s most memorable moments are plentiful, but that bicycle kick is right up there. The records keep on coming.

Reporter talking points
Joseph Walker, Real Madrid: Madrid are peaking, yet again, at the business end of the competition. With Ronaldo in this kind of form and the momentum with them, can anyone prevent the holders from making it a hat-trick this season? This was a display that once again rubber-stamped their pedigree; to come to Turin and put in such an assertive performance is a real marker.

Paolo Menicucci, Juventus: Conceding to Real Madrid after only three minutes can knock any team out. Juve reacted well and created a few chances to equalise but Ronaldo’s wonderful second brought the crowd to the feet and the hosts to their knees. Juve have reached the final twice in the last three years courtesy of a few superb away performances, but they will need more than that at the Bernabéu. They need a miracle.

Key stats
Ronaldo has scored in a record ten straight Champions League games
He has 22 quarter-final goals; more than the next two combined (Lionel Messi and Raúl González have ten)
This was Juve’s first home European defeat in 28 games, since April 2013
Ronaldo has scored nine goals in six games against Juventus
Ronaldo has 14 #UCL goals this season, three off his own record of 17
The second leg will be Ronaldo’s 150th Champions League appearance