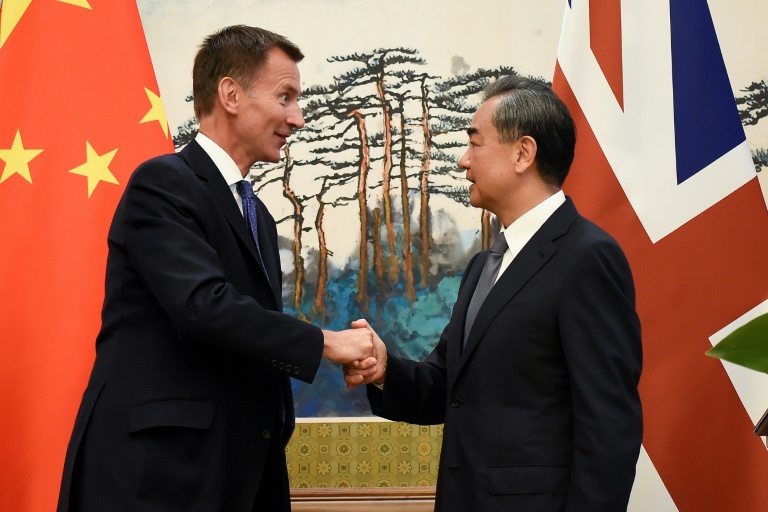 British Foreign Secretary Jeremy Hunt said Monday he welcomed China’s offer of talks on a post-Brexit trade deal as he visited Beijing to try to strengthen ties before next year’s divorce from Europe.

Hunt, appointed earlier this month, was in the Chinese capital to meet Foreign Minister Wang Yi and other top officials, on a trip that will also include stops in Paris and Vienna for talks with his European counterparts on Brexit.

“We discussed the offer made by Foreign Minister Wang to open discussion of a possible free-trade deal done between Britain and China, post-Brexit,” Hunt said at a joint press conference.

“We welcome this and said that we will explore it.”

Britain is assessing its post-Brexit trade options. London is already moving ahead with plans to negotiate a free-trade deal with the United States as soon as it leaves the European Union, International Trade Secretary Liam Fox said last week.

It also was revealed last week that May was sending ministers to the 27 other member states of the EU to try to broker back-door agreements after Brussels’ chief negotiator Michel Barnier raised reservations about her Brexit plan.

An agreement in principle on Britain’s departure from the European trading bloc — set for March 29, 2019 — must be reached before a Europe summit in mid-October.

Hunt said he and Wang had “very constructive” talks in Beijing but neither gave any further details.

Hunt said that during their talks he also raised the issue of Briton Michael Simpson, who was stabbed to death by his estranged Chinese wife in Shanghai late last year, according to British media reports.

Simpson’s two young children are in the custody of his wife’s family now that their mother has been jailed.

Simpson’s British family has been trying to obtain custody of the children but have been stymied by the courts and the wife’s relatives, according to the BBC and other reports.

“We also raised consular cases, including that of the Simpson children. Foreign Minister Wang said he would look into that case while also still respecting the independence of China’s judicial system,” Hunt said.

Hunt was due to meet Premier Li Keqiang later in the day.