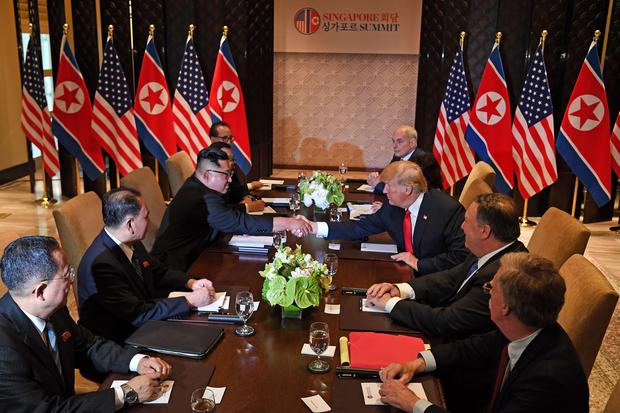 But it’s unclear yet exactly what that means. A press conference is scheduled for 4 p.m. local time, or 4 p.m. EDT, in which more details will come forward.

As they began, Mr. Trump said he thinks he and Kim will have a “terrific relationship,” and Kim, through a translator, said North Korea had to overcome a number of “obstacles” to get to this moment.

The stakes are high — the U.S. seeks nothing less than the complete and verifiable denuclearization of the Korean peninsula, and Kim wants to see the sanctions on the North eased.

Mr. Trump and Kim participated in a one-on-one meeting, with translators only, followed by an expanded meeting including their top advisers, and a working lunch.