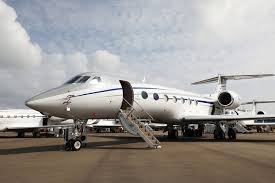 The Peoples Democratic Party on Saturday said President Muhammadu Buhari, abused his office and allegedly exhibited the worst form of corruption by dispatching the officially restricted Presidential jet to airlift his daughter, Hanan, for her private photography event in Bauchi State.

The PDP National Publicity Secretary, Mr. Kola Ologbondiyan, in a statement described the action as provocative, condemnable, completely improper and an unpardonable slap on the sensibility of millions of Nigerians, particularly, the youths, who look up to Buhari for integrity, uprightness, and respect for rules.

He stated that the development was a strong pointer to the alleged recklessness that pervades the Buhari regime and the alleged indefensible annexation of the national assets and resources for illegal private use.

Ologbondiyan said, “It is even most appalling that instead of apologizing to Nigerians, the Buhari Presidency, in its arrogance, is resorting to falsehood and trying to justify the inexcusable.

“Our party holds that Mr. President should apologize for approving that her daughter uses the Presidential jet just for the purpose of allegedly taking photographs in a Durbar event in Bauchi state.

He added, “Moreover, the rules do not grant the President any powers to transfer any paraphernalia of office or privileges of his position to any of his children.