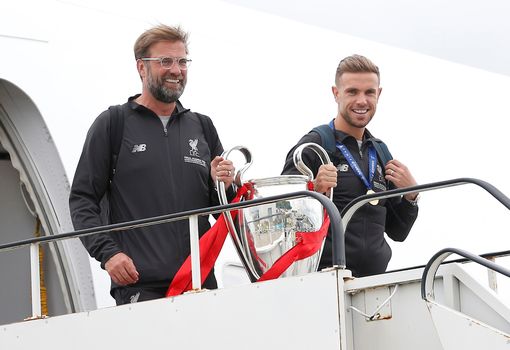 Liverpool became European champions for a sixth time on Saturday night – and now they’ve touched down on Merseyside.

Jurgen Klopp and Jordan Henderson emerged from the plane carrying the Champions League trophy ahead of this afternoon’s victory parade.

Mohamed Salah and Divock Origi got the goals for Jurgen Klopp’s men as they ended an incredible season with a trophy.

The victory sparked wild celebrations both in Spain and back home at Liverpool, with the party going on long into the night.

Jurgen Klopp and his players will head back to Merseyside before embarking on their victory parade.

Thousands of supporters are set to flood the streets of Liverpool to hail their heroes as they return home.