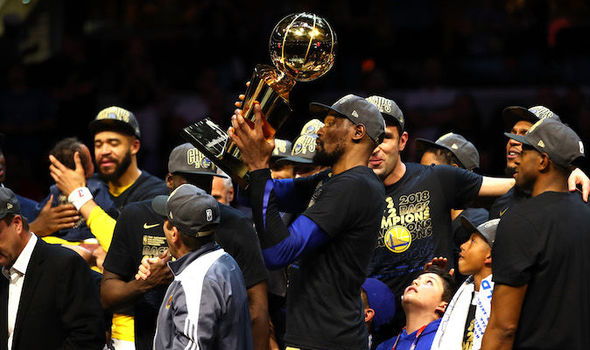 The Golden State Warriors were the prohibitive favorites to win a second straight NBA championship. After completing a four-game sweep in the Finals, they showed why.

The Warriors were dominant Friday night, routing the Cavaliers, 108-85, to claim their third NBA crown in four years — all with Cleveland as their opponent. It was a performance befitting a team that will go down among the greats in the history of the sport.

A team that appears to be in the early stages of a dynasty, Golden State was ferocious on defense and seamlessly smooth on offense.

The Warriors produced seven steals and 13 blocks while defending and 14 three-pointers, 25 assists and just eight turnovers when they had the ball — evidence of what the team is capable of when focused, which Golden State clearly was in the clincher.

Most importantly, the Warriors’ two former MVP winners, Stephen Curry and Kevin Durant, were locked in. Curry had 37 points, making 7 of 15 three-pointers, while Durant followed up his 43-point performance in Game 3 with his first triple-double — 20 points, 12 rebounds and 10 assists — in an NBA Finals game en route to being named the series MVP.