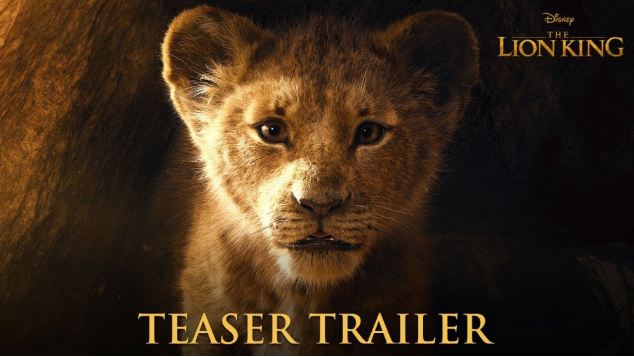 The teaser trailer for the upcoming live-action remake of Disney’s The Lion King has been revealed.

Directed by Jon Favreau, the movie’s first teaser already shows us some of the iconic sequences from the animated film, including baby Simba’s debut at Pride Rock.

The movie features the voices of Donald Glover as Simba, Beyonce Knowles-Carter as Nala, Chiwetel Ejiofor as Scar, Seth Rogen as Pumbaa, Billy Eichner as Timon, John Oliver as Zazu, and Keegan-Michael Key as Kamari.