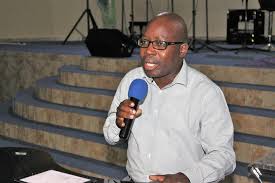 Congregations across South Africa should pray for peace in Mahikeng and the North West province in their services on Sunday, a regional pastor said.

“We urge congregations to pray for the peace of Mahikeng, Itsoseng and the province in their services tomorrow and to intensify prayers for God to grant grace and wisdom to those seized with finding solutions to the current crisis.”

President Cyril Ramaphosa on Thursday cut short his visit to the UK so he could convene an urgent meeting in Mahikeng on Friday, following violent protests over premier Supra Mahumapelo and service delivery issues.

After consulting with different parties, Ramaphosa assured residents on Friday night that they would make speedy but rational decisions on the issues at hand.

He also called for calm and patience as he planned to consult with communities in Mahikeng and the North West.

Tlalang said the intervention led by Ramaphosa had given hope and calmed the situation but should be fast-tracked “to frustrate violent criminal elements determined to hijack genuine service delivery concerns”.

The church leaders also welcomed the recent deployment of the South African Military Health Service to Mahikeng Provincial Hospital. “We hope to see the further roll-out of national government intervention towards resolution of the health employees strike as well as renewed efforts to address workers grievances while political processes and broader consultations to address governance issues and corruption allegations unfold,” he said.

“The latest community protests contributed immensely to the challenges faced by the department,” said department spokesperson Tebogo Lekgethwane in a statement on Saturday.

“The environment has since not been conducive for some of our health professionals, especially the nurses, to provide uninterrupted health services, as they feared for their lives.”

North West Health MEC Dr Magome Masike said the department was committed to finding a mutual and peaceful settlement that would satisfy all parties involved in talks, to end the current challenges and labour unrest.

“Saving the lives of our people, by providing quality health services, remains the objective of the department.”