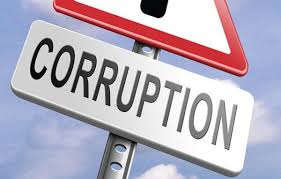 The Attorney General of the Federation, Abubakar Malami, and the anti-graft agency, EFCC, have condemned the Transparency International 2019 report that ranked Nigeria poorly on the fight against corruption.

According to the latest anti-corruption watchdog index, Nigeria dropped two places from 144th to 146th position out of the 180 countries that were surveyed worldwide.

In the 2019 Transparency International’s corruption perception index released on Thursday, Nigeria scored 26 out of 100 points, falling by one point compared to 2018. In the country comparison, Nigeria now ranks 146 out of 180 countries – two places down compared to 2018 results.

Nigeria’s latest placement by the international body has drawn debates about the success of the fight against corruption in the country.

President Muhammadu Buhari has the battle against graft as one of the three cardinal promises he made before he was elected. The other two are the security of lives and properties and restoring the economy.

Both the EFCC and Mr. Malami condemned the report on Thursday.

In his reaction, Mr. Malami said there is no ‘evidence’ to back the report.

Mr. Malami, in an interview on Channels Television’s LunchTime Politics, on Thursday, said the facts on the ground do not correlate with the information dished out by the group.